Darth Vader the famous character of Star Wars was brought to life by many actors. James Earl Jones who played the role of Dart Vader at the age of 77 made this character look more cunning with the help of his powerful booming voice and 6’ 6” height. Though this actor with huge stature has given a huge structure to this character but actually apart from him there were various actors who have donned this role too. Here are some lesser known, amazing & interesting facts about Darth Vader:

The role of Darth Vader has been played by 6 different actors in all the Star Wars movies. The names of these actors are – James Earl Jones, David Prowse, Sebastian Shaw, Hayden Christensen, Bob Anderson and Jake Lloyd.

The black mask that Darth Vader wears was never a part of the costume instead it was only supposed to be worn when the character was in space. It was part of the space suit.

Though James Earl Jones lend his voice to the character but he never took the credit for that. According to him he is just lending the voice therefore there is no need to come up with his name in the credit of the film. It was only during the Return of Jedi that his name appeared in the credits.

One of the most interesting facts about Darth Vader is that he has been living on with crushed lungs just because of the suit that is artificially pumping in the air. Though his body is shattered but still he lives on to become one of the most ruthless and cunning character in the movie Star Wars.

He has been measured two meters tall with a flowing dress which is black in color and a mask which hides the face but depicts the evilness to the maximum level. He is a fearless military commander and one of the highly placed person in the New Order. 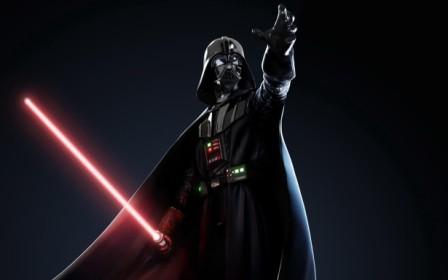 Though he is one of the popular characters of Star Wars but the original Star Wars movie A New Hope had only 12 minutes screen presence of this character.

#7: Keeping Secret of the iconic line

Another interesting fact about Darth Vader is that he was the pupil of Obi-Wan Kenobi but his teaching process didn’t impress Vader and he went to explore the other side of his power and turned into evil otherwise he was actually a good soul before.

It is said that all black uniform is a reference to the Nazi military of Germany and their thought process.

Had he not gone into the fight and burned into Mustafar he would have been left with enough power to get over the Emperor himself.