Alfred Hitchcock was one of those directors who knew how to frighten the movie-goers and he was actually loved for that. People used to wait for his next venture to witness how he would surprise the viewers. He was the one, who changed the way we look at thriller movies today. He understood the nerves of movie-goers and that is the reason he was so popular director in such a genre that very few would tread in. Here are some more amazing & interesting facts about Alfred Hitchcock-

The master of thrillers was afraid of police himself and the reason behind this was a funny incident that took place in his childhood. His father once sent him to Police station with a letter stating that he should be locked inside a prison for his misbehavior.

Though he was nominated for his films but this great director never received the Best Director Academy Awards. At the end he received the Lifetime Achievement Award that is the G Thalberg Memorial Award and gave the shortest speech in the history of award ceremony.

His friend circle includes Albert R. Broccoli who is the producer of James Bond franchise. The helicopter chase of From Russia with Love – the James Bond flick was inspired by the Alfred Hitchcock film North by Northwest.

Alfred Hitchcock was married to Alma Reville and they had one daughter who was named Patricia Hitchcock. Patricia appeared in many of her father’s movie in small roles but he never publicized the matter.

He always pulled up a practical joke on the film set on his actors or the crew members. He used to plan at length some of his pranks. On the sets of ‘The 39 Steps’ he handcuffed the lead pair and pretended to lost the key. They were left that way for the whole day. 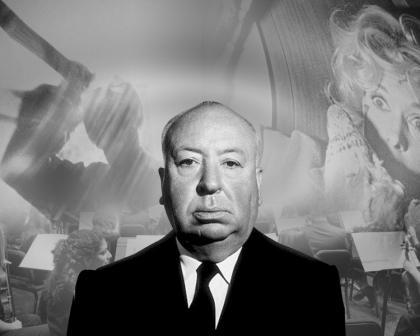 #6: Scared of his own creation

One of the most interesting facts about Alfred Hitchcock was that he never watched his movies in a theater as he was too scared to do so. He himself wondered how people would watch his movies at length in a dark theater.

He was frightened of eggs too. He never ate it and according to him it is one of the creepiest things in the world. The oval thing with no whole and yellow yolk coming out of it made him revolting against it.

#8: Fought with his weight

He always was overweight but then he started dieting and lost oodles of weight once. He once weighed more than 300 pounds but then in 1950s people saw pictures of a thinner Hitchcock on the sets of To Catch a Thief.

He would love lavish dinners and parties. This was even witnessed in one of his film Rope and he was so fond of elaborate dinners that he would fly in from England.

Another interesting fact about Alfred Hitchcock is that he was honored by the Queen as he was given the title of Knight in 1980. Walt Disney rejected him the permission to shoot in Walt Disney because he was the maker of the film Psycho.