Urdu is a language which is associated with Muslims of Pakistan and India. Urdu is the national language of Pakistan & Lingua Franca and it is also the official language of 5 Indian states. Now let us know some very interesting facts about Urdu language

Urdu is a language of beauty and grace, custom-built for literature that adds meaning to prose and charm to poetry, a language that marked the distinguished from the unlearned and the noble from the ordinary.

Urdu, presently the national language of Pakistan and the identity symbol of Indian Muslims, is linked with Islam in South Asia. This alliance was forged during British colonial rule when modernity first impacted India. The British replaced Persian, the authorized language of Mughal rule, with Urdu at the junior level and English at the higher one in parts of North India and present-day Pakistan. Urdu was spread by networks of education and communication in colonial India. It became the instruction medium in the Islamic seminaries (madrasas) and the main language of religious writings. It also became part of the Muslim distinctiveness and contributed, only to Islam, in mobilizing the Muslim community to demand the creation of Pakistan, which was carved out of British India in 1947.

#3: One of the Official Language of India

Urdu, distinguished from Hindi by its script and vocabulary, is also one of the official languages of India. It is one of the most extensively spoken languages of South Asia, and has attained a wider distribution in other parts of the world, particularly the UK, where it is regarded as their main cultural language by most Muslims from Pakistan and northern India. Besides its significant role as the chief vehicle of Islam in South Asia, Urdu has a vital secular literature, whose poetry is strongly based on Persian models.

Urdu is also the official language of Pakistan and one of the formally recognized national languages of India. Urdu is also spoken by chief populations in some Middle Eastern countries and South Asian communities in various countries.

In India, Urdu supports the Muslim minority against right-wing Hindu domination. Urdu plays intricate and even contradictory roles in its association with Islam in Pakistan and parts of North India. 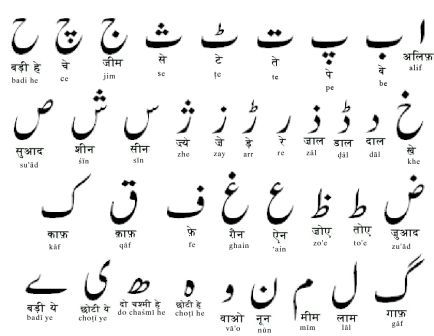 Urdu is a vital and most important language if you are interested in any academic discipline that includes the study of South Asia — including law, medicine, business, agriculture, life sciences, humanities, and social sciences

Urdu is on the list of significant languages compiled by the U.S. State Department. To meet the need in the United States for the Urdu speakers, the State Department, among other agencies and institutions, offers competitive scholarships for language study and travel abroad for students studying Urdu.

Urdu is not considered sacrosanct in itself because it is not Arabic, although it is written in the Persian nastaʿlīq script which, in turn, is based on the Arabic calligraphic style called naskh. For all these importations of Muslim lexicons, it is a derived of Hindui or Hindvi, the parent of both modern Hindi and Urdu

During the period when Urdu became the language of Islam in South Asia, it was called Rekhtah, Hindi and, only at times, Urdu. The ordinary, spoken version (bazaar Urdu) was and still is almost similar with popular, spoken Hindi. Thus, in total size, the spoken language is a main language of the world

Urdu is a key language in reaching Pakistan and many other Middle Eastern countries. Another interesting fact about Urdu language is that the Pastors and mature believers who wants to learn God’s Word in depth will be thrilled to have the Pentecostal study notes, maps, and commentary which have made the FIRE Bible an important tool in equipping leadership and building the body of Christ in that part of the world. Thus having Fire Bibles in the Urdu language is a key in winning the Middle East to Christ.