#1: Mystery behind the name

This legend was initially born with the name Caryn Elaine Johnson and often was the victim of high school students teasing her due to her nickname Whoopie Cushion. However when she eventually entered the show business, she actually kept it as her first name.

This lady’s not only name but also her last name has got a story. It goes as follows, Whoopi’s mother had the feeling that the name “Johnson” did not sound Jewish enough for a stage actress she was to become so she ended up adopting the traditional and common German/ Jewish last name, Goldberg.

#3: Side effects of being a drug addict

Whoopi lived her life to the extremes. She also did the things that are expected out of any average teenager. What I am referring to here is her addiction to heroin which very few are really aware of. The icing on the cake is that she got into a relationship with Alvin Martin, he was her drug counselor, and also went on to marrying him in 1973 and had a daughter with him.

Stories of people that we tell are the ones who had to face a lot of thorn. Whoopi is also one of them. However her thorns include working as a bank teller and then as a make-up artist at a local mortuary before finally making her world renounced entry into the show business.

Whoopie’s hard work paid off when she was recognized as one of the only 10 people to have won an Grammy, Oscar, Emmy, Daytime Emmy Award as well as a Tony. 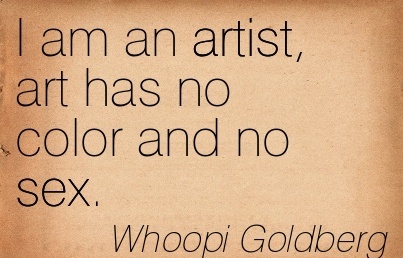 Her drug addiction didn’t end with only the birth of a daughter. It also went on during the time she lived in East Germany and worked in numerous theater productions. During the course of her travels, she smuggled different products into the communist country for artists she lived with.

Another interesting fact about Whoopi Goldberg is that her nature is too humorous, she is mostly renounced for her humor. In the year 1983, she used this particular talent of hers to develop “The Spook Show” where she would do monologues and make up characters in the show and give her audience the time of their lives.

Steven Spielberg saw “The Spook Show” on Broadway and was left mesmerized by her performance to such an extent that he casted her in the film “The Color Purple”, for the performance of which she received a Best Leading Actress Academy Award nomination for it.

No one can get out of their minds her role of Oda Mae Brown. She also played the whacky psychic in the film, “Ghost”.

Another interesting fact about Whoopi Goldberg is that she suffered from aviophobia which always made her to opts for the bus instead of flying even though it took her a great deal longer to reach.