One of the most talked about and famous talk show in the world is The Oprah Winfrey Show and the lady behind this hugely successful show is none other than the famous Oprah Winfrey. Though she was not named Oprah initially but people used to pronounce her name Oprah instead of Orpah that is her real name and somehow the wrong pronunciation stayed with her. Here we have some little known & interesting facts about Oprah Winfrey:

On 29th January 1954 Oprah Winfrey was born to Vernita Lee and Vernon Winfrey in Kosciusko, Mississippi. Her parents weren’t married at the time of her birth and soon after she was born they were separated too.

She was too close to her dogs and one of the relationships of Oprah Winfrey that ever became public was her relationship with dog. The world had bid adieu to her first dog Sophie who was 13 years old with her when she presented a montage on her show. Sophie was actually suffering from kidney problem.

Her favorite color is green and one of her favorite book of all time is the classic American book To Kill a Mockingbird which was written by the author Harper Lee.

If anyone is to be considered for this phrase then Oprah Winfrey will be best suited for this. She got her first pair of shoes only when she was six years old because they were so poor that they couldn’t afford to have one before that but now she has become one of the most influential billionaire of the world and she is also the first and foremost black woman to achieve this feat.

She has been writing diary since the age of 15 so by this time it has many untold stories in it. Therefore it would make an interesting read for all ages and give an inner view about the journey she has made. 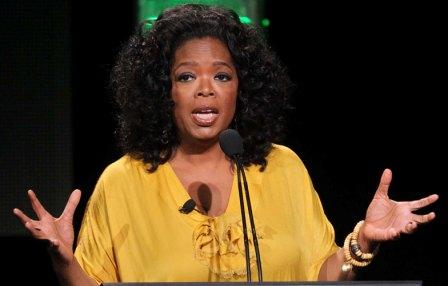 She named her production company Harpo which is actually Oprah spelled backwards. This name has another significance and that is Harpo is the name of the character she played in her first movie The Color Purple. It has also won her an Oscar nomination.

She was instrumental in launching career of many and the list includes names of Dr. Phil, Gayle King, Nate Berkus and Dr. Oz.

#9: Getting the bill passed

Back in 1993 National Child Protection Act bill was passed by the then President William Clinton and as the bill was hugely supported by Oprah Winfrey therefore the bill became popular by the name Oprah Winfrey bill.

Another interesting fact about Oprah Winfrey is that she has been fighting with his weight ever since and though in between she lost more than 60 kilos still she wasn’t that slim ever. But the important thing is that this weight issue never became an issue in her popularity.