Moses birth place was Egypt and the names of his parents were Amran and Jochebed. Moses was the youngest among the three children and he was the grandson of Kohath and great grandson of Levi. He lived for 120 years. He was educated in the palace of Pharaoh and married Zipporah the daughter of Jethro. He had two sons – Gershom and Eliezer. There are some very interesting facts about Moses.

Moses was trained in military tactics and government by the Egyptian Royal House.

Moses probably stuttered. By his own admission, he was “slow of speech”. He spent as time being a shepherd as a Prince of Egypt. Moses seems to have two wives. He set up judicial system at the direction of his father – in – law. Moses was 40 when he fled the courts of Egypt.

Moses was three months old when he was put in the basket, so this means that he has been circumcised. He always knew that he Hebrew because only the Hebrews are circumcised.

This was the mountain where he met his brother so they travelled back to Egypt together. This is the same mountain where Moses encountered the burnish bush and where later brought the Israelites to receive the covenant.

Moses was 80 years old when he went back to Egypt as God’s messenger and leader to the Israelites. 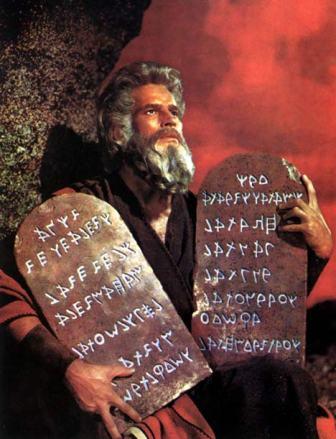 Moses performed the first three acts that God commanded on Egypt. The last of the 7 acts were only on the Egyptians. The Goshen’s land, where Israelites lived was exempt by God’s command.

#7: Never made it to Promised Land

Moses is believed to have sinned by not having faith in the Lord and that is the reason he was not allowed to enter the Promised Land. God asked Moses to speak to the rock before his eyes and water will pour out which can be used by them and their livestock to drink but Moses went ahead and hit the rock and water pour out. But the Lord said that as he didn’t show faith in him and instead hit the rock so he must not bring this community to the land he has given them.

After they crossed the Red Sea the Israelites’ thoughts turned to their hunger and all the wonderful food that they left behind in Egypt. So the Lord provided them with Manna and quail. In the evening quail came and covered the camp and in the morning there was a layer of dew around the camp and when the dew was gone there were thin flakes like frost on the ground. Moses told the Israelites’ that it was the food that Lord has provided them.

The entire book of Deuteronomy is a song that Moses composed to commemorate the 40 year journey that Israelites’ made.

Another interesting fact about Moses was that god buried Moses in a location which is hidden from everybody. The tombs of Abraham, Isaac and Jacob’s are known but Moses’ tomb is still unknown.

God had sent back Moses to Egypt to demand the release of Hebrews into the desert. God told him that the elders will listen to him and then he can take the elders with him to the King and ask him to release the Hebrews. He died in Midian at the age of 120 and as per Bible records he was healthy and unimpaired when he died.