The 2000 presidential Medal of Freedom winner, who involved himself in the civil rights movement despite being an undergraduate, and then went to Selma, Alabama to join Dr. M. L. King Jr. in his march. The man I speak of is none other than Jesse Jackson. He was appointed as the special envoy for Africa and also became the leading national spokesperson for African-Americans in the year 1980. Even though he had a tough childhood due to poverty but he has ensured that he won’t be committing the crime of dying poor. Here are a few more interesting facts about Jesse Jackson:

We know him as a pioneering and controversial civil rights leader. He was born as Jesse Louis Burns on the day October 8, in the year 1941 at Greenville in South Carolina. His mother was a high school student at the time of her son’s birth, and his father was a 33-year-old married man who was her neighbor and had remained unmarried.

Who says that only the boys in the cities know how to be tough? Jesse lived in the small black-and-white divided town of Greenville where a young Jackson learned early what seperation looked like. He and his mother had to sit in the back of the bus, while his black elementary school lacked the facilities that the town’s white elementary school had.

Every child dreams to have a great garden to play with and these dreams are often fulfilled by the parents. However in Jackson’s case it was a completely different scenario as he said that”There was no grass in the yard,” because of which he couldn’t play neither could roll over because the school yard was full of sand which turned to red dirt during rains.

Jackson’s biological father would recall that he always seemed kind of special as he promised great potential.

Often students are able to excel only at one thing but Jackson was a good student and an exceptional athlete. His childhood trained him well for the hard times that he was going to get himself into. 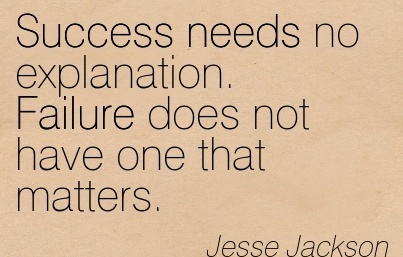 We are often stopped by our parents while playing games and told to concentrate on studies but in Jackson’s case he was elected class president and in the fall of 1959 attended the University of Illinois on a football scholarship.

Jacqueline Lavinia Brown became Jackson’s wife in the year 1962. They had a beautiful relationship and had five children together.

In the year 1964 that is when Jackson graduated from college with a degree in sociology he went to Selma, Alabama, to march with Dr. Martin Luther King, Jr and eventually became a worker in King’s Southern Christian Leadership Conference. In the year 1966, he moved his young family to Chicago, where he did graduate work at the Chicago Theological Seminary, however he is known to have never finished his studies, but was later ordained by the minister of a Chicago church.

Another interesting facts about Jesse Jackson is that he made the strong decision to leave school in order to work for King. When King got to know of this he was so impressed with the young leader’s drive and passion that he appointed him director of Operation Breadbasket, the economic arm of the SCLC.

Jackson wanted to be a minster from his childhood.