She is more than just the First Lady and she has her own strong identity. She is a lawyer and she had her degree from the prestigious Law school of the world that is the Harvard Law School. During her growing up years she wanted to become an astronaut and was so eager to do so that she wrote to NASA herself about the procedure to get into this. Starting off as a Republican and then shifting gear later in her life, here are some little known & interesting facts about Hillary Clinton that you will love to read.

According to her becoming a politician was not even in her wish list as she always wanted to become an astronaut and when things didn’t work out she was aiming to become a baseball player or even a journalist but never a politician. But as fate would have it she eventually was a part of the politics.

As it is mentioned earlier that at one stage of her life she did want to become a baseball player but that didn’t happen due to some reason but she always rooted for her favorite baseball club. She gave a hint about which club is her favorite by wearing the cap of that club but in 1994 she stated clearly that she is a fan of Cubs-Yankees.

#3: Met Bill at the library

Another interesting fact about Hillary Clinton is that she was the first woman to be selected as the full time partner of this law firm and became the first ever working first lady. She had her own full time job apart from being the first lady.

During 1969 she found herself doing odd jobs like cleaning dishes at Mount McKinley and cleaning salmon by taking off the dirt out of it. 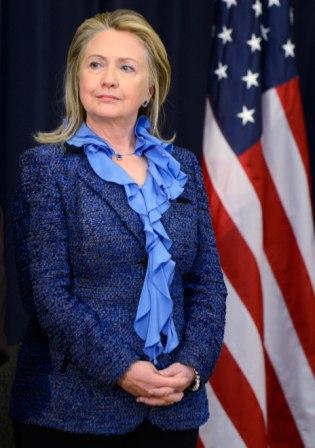 #6: Roam all across globe

She created a record of sort by traveling to as many as 112 countries in the span of 4 years. She has broken the record of Madeleine Albright of most countries visited. She has spent almost 25% of her time on road or in air while covering 1 million miles and that’s a lot of journey.

Don’t be surprised when you hear this! She has won a Grammy for the best Spoken Word Album. She had an audio recorded of her book It takes a Village in 1997 and for that she won the prestigious award.

Hillary and Bill Clinton named their daughter Chelsea after the song Chelsea Morning. Though Hillary wanted to have babies after Chelsea but due to medical complications she couldn’t become mother after that.

She is so fond of these sauces that she has it in everything including the salads she has.