John houseman was the man who initially saw the talent of Williams while being trained at Julliard. This was the reason who told him to focus more on his stand up comedy routines rather than wasting time through acting classes.

Empire magazine is one of the most renounced magazines. And also one of those many magazines that in the month of October in the year 1997 ranked Williams as one of top 100 movie stars in the history of cinema.

Robin Williams was so good at his work that he kept improvising and the writers of Mork and Mindy left gaps in the screenplay so that he could improvise along with the play. Probably that is the reason why all of us love it so much till today date.

Rugby is the favorite sport of many. Amongst the many Robin Williams is also there and is a huge fan of Jonah Lomu particularly.

Every success has a source and so did Williams. He stated that he learnt immensely about comedy and timing from watching “Monty Python’s Flying Circus”. I wonder how amazing would the show have been to create a legend like Williams. 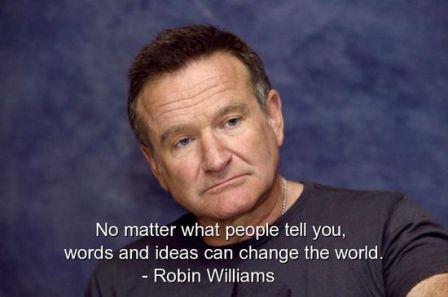 Friendships are easy to make but difficult to maintain. But I guess this phrase doesn’t apply to Williams who while attending Julliard became great friends with actor Christopher Reeve and maintained it up until Reeve’s death.

Another interesting fact about Robin Williams is that the only two films in which Robin Williams appeared were, “The Birdcage” and “Jumanji” and both of them reached the one-hundred million dollar mark during the same week in the United States. I wonder what would have happened at a guest appearance in the film.

In the Disney film “Aladdin”, Williams ad-libbed a majority of the dialogues.

Denzel Washington was preferred over Robin Williams in the lead role of Joe Miller in “Philadelphia”.