We often stop at the cartoon channel while flipping through the various other channels running on the television and begin recalling our good old days as kids when we had nothing to worry about other than missing our favorite cartoon. Well the man because of whom we had a cartoon filled childhood was Walter Elias Disney whose creativity makes us love cartoons today as well. He built up his career from the world of fantasy and his company today stands as the second largest “media conglomerate” in the world. Here, We present 10 interesting facts about Walter Elias Disney –

#1: The mystery of the last name

Originally Walt Disney’s last name was not Disney but “d’Isigny”,. It belonged to his ancestors from France. Later the name was changed as its more convenient to plan a trip to Disney world.

Walt Disney was greatly honored when his picture was put on a six-cent United States commemorative postage stamp, issued September 11, 1968. Up till now over 800 famous people have been featured on a U.S postage stamp which includes Presidents, historical figures, actors, actresses and a motion picture producer.

There has been a flying rumor that Walt Disney’s Body Is Frozen in a Cryonics Chamber despite knowing that after his death his body was cremated.

We always hear our parents telling us as to how important schooling is in our lives. Well, Walt Disney never graduated from high school. He left schooling at the age of 16. However he won honorary degrees from various renounced universities. The ones I talk of are as prestigious as Yale and UCLA.

Disney often used his name spelled backwards. Even when he searched for a plot to built his theme park, he used the name M.T.Lott and not his real name so that potential sellers don’t charge him more just because they know that he is loaded. 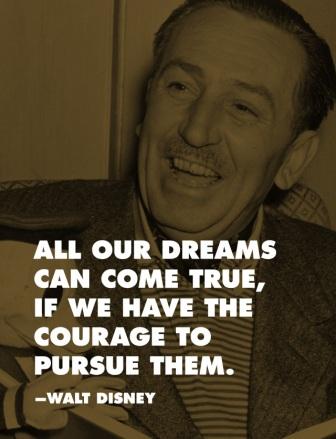 The birth of Walter Elias Disney took place in Chicago, Illinois on December 5, 1901 and he passed away on December 15, 1966 from lung cancer due to years of chain smoking.

Like every loving child Walt Disney and his brother bought their parents a house in Los Angeles after starting their company. But unfortunately Mrs. Disney died in that house due to carbon monoxide poisoning.

Walt Disney loved nothing more than chili with beans, tomato juice and soda crackers for lunch. He often spent his lunchtime seated at his desk.

Walter Elias Disney was awarded with a special Academy Award in the year 1932 for creating  Mickey Mouse, which were followed by Goofy, Donald Duck, Pluto and a host of other characters.

In a career of 43 years Walt Disney was nominated 64 times for the Oscars, from which he won 32 times. He also won 7 Emmy Awards, 48 Academy Awards, France’s Legion of Honor, the Presidential Freedom Medal and Officer D’Adademie and many more honors and awards for his creative work.