Cowboy movies would not have been popular if Clint Eastwood wasn’t part of those films. He is a legend in his own right and gave us some of the unforgettable films of all time. His mannerisms and the way he carried himself on the screen became inspiration for millions of actors all across the globe. If someone had to play the role of a cowboy then the obvious reference was that of Clint Eastwood though he made police person look stylish too in Dirty Harry. Here are some little known, amazing & interesting facts about Clint Eastwood that would make for an interesting read.

Till date Clint Eastwood has won 5 Golden Globe Awards and 4 Academy Awards. Apart from that he had the honor of receiving the Screen Actors Guild Lifetime Achievement Award.

He can act well and has proved his mettle in that, then he turned to direction where he had directed some of the most wonderful films but the most important amongst this is that he is a self taught pianist. Not only does he play well but he has actually performed in Carnegie Hall so this proves how strong piano player he is. He also composed music for some of his movies including Million Dollar Baby.

Although he is said to be allergic to horses but he filmed many of his movies with horses. He was famous for his cowboy roles which were incomplete without horses so he shot with them and this shows his sincerity and dedication towards his work.

Someone actually told this cowboy star to start singing and he gave into the thought and recorded Cowboy Favorites. It didn’t worked out and he was back to doing what he was best at and that is acting. He was good at scoring music so he concentrated more on that.

He went to meet his friend at CBS lot and there one of the studio exec had spotted him as he thought he had the look of a cowboy. This is how he landed himself his first break in Rawhide in the year 1959. 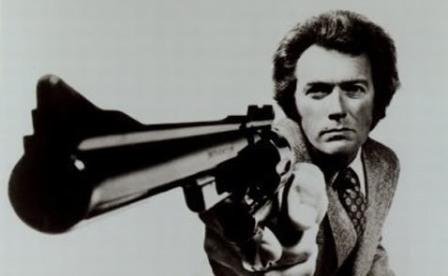 #6: Worked for the people

In 1986 Carmel-by-the-Sea got a new Mayor in the form of Clint Eastwood. He was also part of the army of United States as a swimming instructor and then he had also worked as Parks Commissioner at Big Basin Redwood Park, Santa Cruz, CA.

One of the most interesting facts about Clint Eastwood’s life is that the plane that he was flying got into trouble because of the fuel was finished and the plane landed in the ocean. He survived that plane crash back in 1951.

#8: Turned down the role of James Bond

At the age of 78 he gave one of the most successful ventures Gran Torino which earned more than $ 268 million all across the globe in 2009.

Every cine-goer thought that a movie star of his stature would own a brand new Mercedes but the interesting fact about Clint Eastwood is that he owns a Grand marquis and that too in a condition that would only shock people with it’s look.