Meryl Streep, The Iron Lady, is known as the greatest living actress. Streep is extremely well-known with her great works in the American cinema; her life is full of challenges and turning points. Besides, she is very characterized by her determination not to away from any role in movies because she doesn’t have what skill. These are some of the interesting facts about Meryl Streep that you might not be aware of-

One of her most famous challenges, is when she learnt how to play violin by keeping practicing for 6 hours a day for 8 weeks for the lead of the famous movie; “The Music of the Heart” instead of Madonna.

Meryl Streep applied for law school but she missed the interview because of over sleeping. Therefore, she considered that as a sign to change her goals instead of losing hope.

#3: Working as a Waitress

She studied Drama in Yale University. But, she worked as a waitress in a hotel in New Jersey, USA for a while before making it real big.

Meryl Streep’s first role performance was in Julia in 1977, she was nominated for Oscar one year only after her first role, in the second film; The Deer Hunter in 1978.

Meryl Streep is famous for her desire in listening to music, most probably classical, to get into her character. 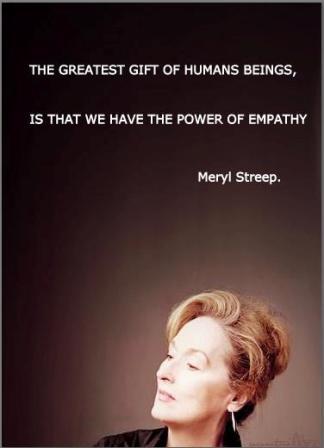 #6: The Oscar in Bathroom

One funny situation in her exciting life is when she left her claimed Oscar for Kramer V.S. Kramer (1979) in the bathroom in 1979 festivities.

#7: The Not So Lovable Role

Mamma Mia was a film about Margaret Thatcher, which Streep refused her role in this film because she doesn’t like her. But, director Phyllida Lloyd persuaded her claiming that she was perfect for this role because both of them are outsiders. Afterwards, Streep earned her third Oscar because of this role.

Meryl Streep had has a deviated septum. Although it’s easy for her to cure, she refuses to fix it.

Meryl was the only whose name was in the song name (Think of Meryl Streep) in the stage show of “Fame”, although there were many names of other actors in the lyrics.

Another interesting facts about Meryl Streep: The Iron Lady

Meryl Streep has a very interesting life, and there are many facts and situation that she had throughout her career or even her personal life, she deserves to be the “Iron Lady”