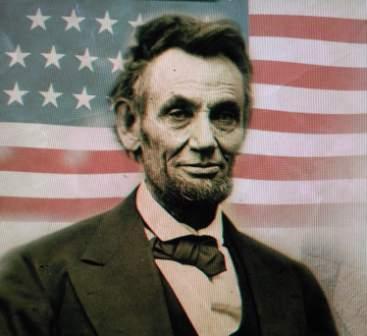 Abraham Lincoln, the 16th President of the United States, was born on 12th of February 1809 and died on 15th April 1865 at the age of 56. He was considered the tallest President with a 6’4” and shoe size of 14. He is the only President to be born outside the thirteen original states and he was also the first President who was assassinated. There are many unknown & interesting facts about Abraham Lincoln you should know.

Lincoln was born in Kentucky log cabin in 1809 and in 1816 his father, Thomas moved the family to Ohio River in Southern Indiana. At the tender age of 9 Lincoln lost his mother Nancy to milk sickness which had swept across the Southern Indiana. His wife was Mary Todd Lincoln and they had four children.

He only had 18 months of formal education but as he used to love reading so educated him becoming a lawyer and then went on to become the 16th President of the United States.

At the age of 23 Lincoln bought a store but was unsuccessful at store clerking and ended up owing $1000 for loans that he and his partner took out. It took 17 years for Lincoln to pay back every penny of the $1000 loan.

Both the Presidents were shot at head. Lincoln (1846) and Kennedy (1946) were elected to Congress 100 years apart. Also they became the President 100 years apart as Lincoln was elected in 1860 and Kennedy was elected in 1960 and the similarities don’t end here their successors’ were born with a difference of 100 years. Andrew Johnson’s birth year was 1808 and Lyndon Johnson was born in 1908. Lincoln was shot in a theater named Ford and Kennedy was shot in a car (as Lincoln) manufactured by Ford.

He spoke of a dream where he heard someone crying in the White House and when he asked that person he replied that the President had died. Hearing this when he looked at the coffin he saw his own face.

Lincoln was the first President to sport a beard while serving in the office. He started keeping beard when a little girl wrote to him and by the time he was elected as a President he had full grown beard. He was also the first President to be photographed at his inauguration. Another first in his life was when he suggested of extending the right to vote to women.

In the year 1876 a gang from Chicago tried to snatch Lincoln’s body and hold it for a ransom of $200,000 and also the release of their gang member from the prison but the plan failed due to Secret Service’s alertness.

Lincoln is the only President to have a patent in his name for a steamboat to lift ships over shoals by way of a buoying mechanism.

Gettysburg Address which he made at the end of the Civil war is the most often repeated speeches in the history.

President Lincoln loved animals and the favorite among them was the cat and he had one in the White House whose name was Tabby.

So these were some unknown and interesting facts about Abraham Lincoln, the most loved and also the most hated President of the United States. Starting from nowhere to taking the most powerful position is an achievement in itself.