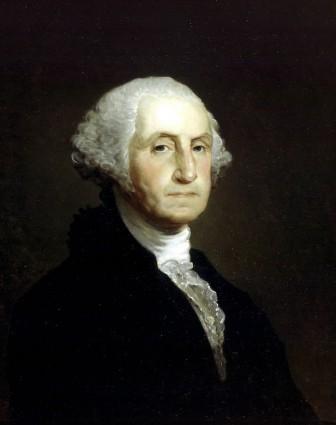 The keystone that laid the very foundation of America is George Washington who served as the first president from 1789 to 1797. He was one of the very few men of that time who didn’t have a middle name. Here are a few facts about George Washington that you may not be aware of-

While most of us of today generation despise mathematics, Washington had affinity towards it and did not attend college and began his career as a surveyor for Culpepper County in Virginia at the tender age of 17 where he spent three years before joining the British military.

During the time of French and Indian War  Washington had eventually become aide-de-camp to General Edward Braddock, who was killed during the war resulting in Washington being recognized as the man who kept his calm and also the unit together.

George Washington was appointed at the post of Commander in Chief of the Continental Army during the time of American Revolution where he led a group of soldiers against a far superior army to victory which eventually resulted in the American independence.

In 1787 the drawbacks of the Articles of Confederation became apparent and the Constitutional Convention met to deal with the weaknesses. Washington was named as the president and presided over the writing of the US Constitution.

Where today all people have to face cut throat competition while standing up for elections; however in Washington’s case he was elected unanimously. It was the only time in history that every American citizen had faith in one man.

During 1794, Washington encountered his first real challenge to federal authority with theWhiskey Rebellion, when Pennsylvania farmers blatantly refused pay taxes on Whiskey and other goods.

#7: Neutrality at all costs

When Washington was appointed as the president, he went for the scheme of neutrality in foreign affairs. In the year 1793, he clearly declared that the US would be impartial towards powers currently at war with each other. Even in his farewell speech, he spoke about US staying neutral, despite many beliefs that wanted to support the French for their support during the revolution.

#8: The roads never walked upon

Washington himself knew that he would be setting presidential precedents. He knew that there was barely any part of his conduct that would not be drawn into a precedent.

Another interesting fact about George Washington was that he was so engaged in playing his role as the president that he never had any children of his own, however when he married Martha Dandridge Custis, he fathered two children of hers from her previous marriage.

Washington always called Mount Vernon his home from the age of 16, when he lived with his brother Lawrence, which he later purchased from his brother’s widow. He was in love with his home and spent as much time as possible there before retiring to the land.