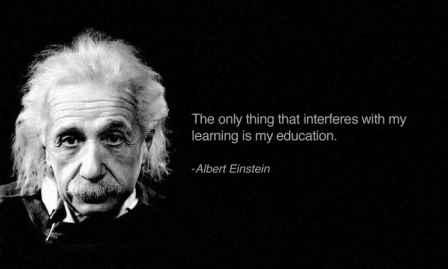 Recalling him as the guy with a wild hair style, that gave out the idea that he had just encountered an electric shock, has been something that children over the generations have carried on, almost as a tradition. However, dare we forget of his greatness as a scientist, despite the fact that we cry tears of blood while studying his theory of relativity during our physics exam, but can’t wipe the smirk of our faces when we read one of his witty one liner’s, scrolling through our facebook home pages. Here are a 10 interesting facts about Albert Einstein, the Germany boy that would leave you in awe.

It is a famous story that once his driver offered to give a lecture instead of him because he had listened to it many times. Upon being asked a question after the lecture the driver said oh this is so simple that even my driver can answer it, he pointed toward the real Einstein. Einstein answered with ease and they got away with it. The driver was truly a genius as well. Thus proven, company really matters.

Though an efficient swimmer, Einstein had a flair for sailing. He loved to relax by going out on sailing trips and this was a way of lying back and pondering upon the things that were pleasant for him in his life.

His brain is famous for being different from others. People have researched and found that he possessed a high IQ and his lobes were separated by a lesser distance. The man was a born genius.

His mother was violinist and he did not enjoy it initially. However he developed an interest for it gradually and began playing it often. It became such a passion that he played it in public functions, get together and became a connoisseur of good music. Mozart was the inspiration behind this change.

He preferred not to wear socks because he felt he would get holes in them. Wherever he went he did not wear socks most of the time. well that gave him a little less clothing when it came to doing his laundry.

He was thrilled by the compass ever since his dad showed it to him. The device has been an item he would study keenly ever since.

He designed a fully functional refrigerator but it was rendered obsolete because of the new technology. It was patented in 1926.

We finally have a retort for our mothers who cry about our smoking habits. Einstein had a passion for smoking and smoked for a good part of this life, and was a pure genius. What an inspiration!

He ended up marrying one of his cousin. He was divorced and then re married his cousin related from both sides of the family

Another interesting fact about Albert Einstein is that many believe his boring work helped him from coming up with something more interesting and thus relativity happened.