The legendary musician, Ray Charles who established the genre of soul music during the time period of the 1950s was born in Georgia in the 1930. He is often referred to as the Father of Soul. This title earned by him is not just for the heck of it but it is because his work is an inspiration to those who have suffered the wrath of fate. He is a lesson that just because life decides to knock you down  by making you blind, doesn’t mean you let it win. Rather you stand and fight like a man, and make history. He made the strong combination of blues, jazz and gospel to create the revolutionary hits for us such as Unchain My Heart, (this one is my personal favorite) Georgia on My Mind and Hit the Road Jack. His demise took place in 2004 after leaving a lasting impression on contemporary music. Here are a few interesting facts about Ray Charles that you may not be aware of-

Ray Charles was ranked at the position 8th on Forbes’ 6th annual Top-Earning Dead Celebrities list conducted in 2006 and was listed as the Rolling Stone’s 10th Greatest Rock ‘n’ Roll Artist of All Time. well it is pretty obvious considering the trance that his music can send anyone into.

In February of the year 2005, Ray was awarded with the Congressional Gold Medal, which was presented by Legislation in the House of Representatives.

Ray Charles is known to have once performed at Ronald Reagan’s 2nd inauguration in the year 1985 and Bill Clinton’s 1st in the year 1993.

Unlike many other autobiography boring names, Ray Charles autobiography was named “Brother Ray.” If the name is so good, am definite the book is even better or legendary like Ray himself.

Ray Charles is known to have found the Foundation for the hearing impaired and is himself capable of riding a motorcycle, driving a car and flying a plane despite of being blind. 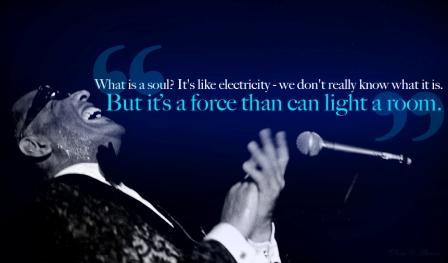 Getting clean is a pretty tough task but Ray did it, however ever after that he drank half a mug of black coffee and Bols gin with two sugars on a daily basis.

Ray navigated by the sound of his hard-soled shoes instead of a cane or a dog.

Another interesting fact about Ray Charles was that he has been able to play piano, saxophone, trumpet, clarinet and organ ever since he attended the School for Deaf and Blind in Florida.

Ray’s 2003 concert was cancelled due to his hip replacement surgery.

Ray has earned Polar Music Prize and the Royal Swedish Academy of Music Award in the year 1998. I wonder how many musicians can do that.