The famous Hollywood actor doesn’t need much introduction as his name is enough for everybody. He is none other than Harrison Ford who was born on 13th July, 1942 at Chicago, Illinois. He was born to the family where everyone was an actor starting from his mother to is younger brother. Dorothy, his mother was radio actress, father Christopher before turning to ad executive was an actor himself and the younger brother Terrence also is a photographer and an actor. Here are some little known & interesting facts about Harrison Ford-

He became a star by playing the role of Han Solo in Star Wars. He was annoyed with the kinds of role he was getting during the initial years therefore he started looking for an alternate profession of carpentry so that he can support his family. During this period he met George Lucas who called him up to make his cabinets but when the director came to know that he was an actor first then he hired him instantaneously for the role of Han Solo and that is how his journey in Hollywood started.

Another interesting fact about Harrison Ford is that he is one of the actors who possesses Private Pilot’s license for helicopters and also the fixed wing aircrafts. He also provides his helicopter in case of emergency services in his locality.

There is no doubt he is still very much good looking but he has confessed that his good looks now are mainly because of the false teeth that he has. He had to take the help of false teeth because of his falling on the gun very early in his career in a TV stunt show.

He adds a J as his middle name though it doesn’t mean anything but it is added to avoid the confusion of name because an actor of the silent period had the exact same name that of his. 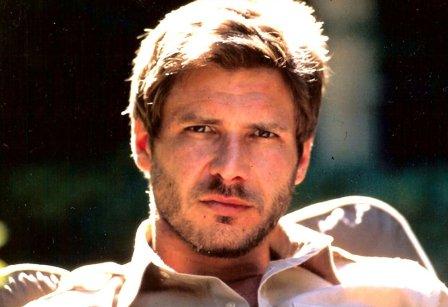 During the filming of The Fugitive he had hurt himself in real and that is the reason he was actually limping in one of the scene. It was the forest chasing scene where he injured the ligament of his knee this making him limp in real.

While shooting for Indiana Jones he again was hurt badly and this time it was his back. The injury was so serious that he had to undergo surgery but the film was shot with a stunt who looked exactly like Harrison Ford.

When first few films didn’t do well for him he moved to carpentry and during those days he also worked as stagehand for The Doors which was a rock band during that time.