If ever in the history of mankind, rather womankind, there was a personality who evoked so much of interest, who was highly enigmatic and hugely adored; it was undoubtedly the Princess of Wales, Lady Diana. More popularly known as the “People’s Princess”, a name given to her by Prime Minister Tony Blair,  Lady Di as she was referred to had a zest for life that was unmatched. Her wedding to Prince Charles was perhaps the most awaiting happening and the most watched event around the world and sadly enough her death was equally shattering and devastating to all those who adored and looked up to her. Her tragic death caused due to a car accident came a year later after her divorce from Prince Charles.

Her role as a wife, mother and above all a woman has been largely defined by her glowing personality which was that of a woman of substance and this was further enhanced by the physical beauty and stature. Hence, it is no wonder there are a number of interesting facts that make up such a startling personality.

#1: She was raised by her father, the 8th Earl of Spencer after his divorce from her mother Frances Spencer

#2: Her father later remarried Raine, the daughter of the famous novelist Barbara Cartland.

#3: The lineage of ancestors included historical personalities like Mary, Queen of Scotts, and The Bruce, Robert 1

#4: Diana was related to some great names like Audrey Hepburn, Oliver Platt, Humphrey Bogart who were her cousins from different relationships. 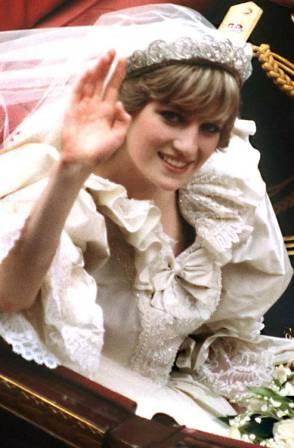 #5: She was a close friend and confidante to some of the leaders and pioneers in different fields like:

Some facts about Princess Diana as a Philanthropist and Social activist:

#6: She was an active member of the British Red Cross Society of which she was the Vice-President.

#7: She lent her support to some of the most prestigious charitable organizations like the Leprosy Mission and the National Aids Trust and was greatly involved in the anti-land mine campaign in Angola.

#8: She worked as a nanny, governess, teacher, and as a little school girl even won an award for taking care of a sick guinea pig.

#9: She was a great sports person with interests ranging from equestrian activities to swimming and skiing besides aerobic exercises which probably gave her the looks she was known for.

#10: Lady Diana was seen as the fashion icon of her times and style and fashion were closely followed and emulated by a large number of fashion conscious women.

Today her charitable work is now carried forward by her son Harry who is said to be following in his mother’s footsteps. Even after 13 years after the tragic accident that caused the death of Lady Diana, she is seen with awe-inspiring admiration which probably no other woman has ever received except for the women she herself admired like Mother Teresa.