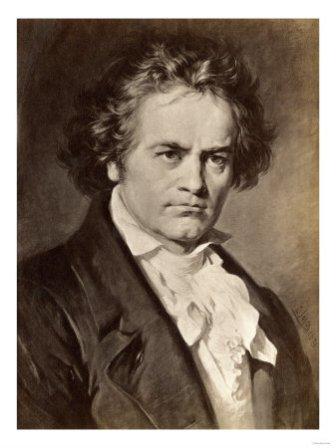 Ludwig van Beethoven was full of interesting feats, and unsurprisingly, they didn’t all revolve around his now uncommon name. He was the producer of piano melodies that swept entire audiences away as soon as they heard them. When people listen to his music now, many can’t help but turn it all the way up as they sip upon a glass of expensive wine or champagne. There’s no doubt that his music has always served as somewhat of an emotional tranquilizer over the years. No matter, there’s more to the famed pianist than meets the eye. Here are 10 interesting facts about Ludwig van Beethoven –

Ludwig van Beethoven was born in Bonn, Germany in December of 1770. Though there are no official records of his date of birth, many historians claim that his actual birthdate is December 16. They stumbled on this date as his official baptism occurred on the date of December 17, 1770 and German laws and customs insisted that newborns be baptized within 24 hours of their birth. Despite this evidence, Beethoven himself claimed that he was born in the year of 1772. Maybe this is what makes Beethoven such a mysterious figure to several people of previous and current generations.

It seems as if that combination of words would ultimately cancel one another out. However, regardless of Beethoven’s partial deafness during his time of musical fame, he managed to continue writing and composing his music. What’s even more compelling about Beethoven’s handle on his deafness is that he had his very own symphony five years after he had started to lose his hearing. His love for playing piano was intense enough to allow him to continue playing during the times in which he felt completely helpless. Can anyone say that about most of today’s well-known musicians?

Although Beethoven himself was not a child prodigy, he wholeheartedly believed that his nephew, Karl, had the potential to carry such a title. Despite the growing strain on his hearing ability, he and Karl’s mother proceeded with a custodial battle after the death of Beethoven’s brother. After winning custody under the pretense that Karl’s mother was “immoral”, Beethoven forced Karl into a series of schools where he could further his musical abilities. Karl was so miserable living with his uncle that he had considered and attempted suicide on more than one occasion. Ludwig van Beethoven may have been a wonderful musician, but his fathering skills have been questioned by people all over the world.

To the surprise of many, Ludwig van Beethoven only composed one opera in his lifetime. His work on “Fidelio” began in the year of 1804 and was followed by its premiere in 1805. What was so strange about his opera is that its revision continued on for nine years after its original premiere. The different versions of the story all tell the similar story of a woman who disguised herself as a male prison guard in order to rescue her imprisoned husband. As Beethoven only had one opera, not many are shocked by the idea that he put so much effort into ensuring its perfection.

#5: The Tune of Alcoholism

Like many known musicians or celebrities, Beethoven liked to have an occasional drink – or seven. In fact, there have been several claims that his death had a direct relation to his abuse of alcohol. It is said that his liver was shrunken as a result of alcoholic cirrhosis. Though historians and scientists continue to debate over what actually caused his death, there is one fact that can’t be ignored: he loved to drink.

As Ludwig van Beethoven came from a family of musicians, his father forced his eventual love for music into him. It’s said that his father would beat him every time he noticed any hesitation or mistake. His father’s determination resulted in the flogging, entrapment, and sleeplessness of a young Beethoven. This brutality is thought to have followed Beethoven throughout his entire life. This sounds much like the story of his nephew, Karl, though it has never been reported that Beethoven was beating the young boy.

No matter how skilled Beethoven was when it came to music, he struggled with basic schooling. He was never considered brilliant when it came to math or spelling, and despite his growing talent, he withdrew from school at the age of ten years old. No matter, he continued studying music and learning as much as he could about it so that he, much like his grandfather, could share his wonderful musical talents with the world.With the help of well-known musician, Bach, Beethoven was able to publish a composition by the age of twelve.

#8: A Chance with Mozart

To this era of Beethoven listeners, it isn’t hard to believe that Beethoven was once given the opportunity to work with Mozart. What’s interesting about this is that he was so young when he was offered the chance. He was sent to Vienna to pursue studying with Mozart, and after his audition, it is said that Mozart remarked that Beethoven had something great to offer. Unfortunately, this opportunity didn’t last too long as his mother fell desperately ill only two weeks after he had arrived in Vienna. Mozart was right, though; Beethoven had much to offer, and he proved that to the world as his career progressed.

Regardless of Beethoven’s incredible accomplishments, he was never married or with his own children. The most popular theory regarding this matter is that his shyness and unattractiveness are to blame. According to a popular piece of history, Beethoven was in love with a married woman at one point in his life. Her name was Antonie Brentano, and as a symbol of his love, he wrote her a love letter. Unfortunately, Brentano would never hear of Beethoven’s love for her as he never sent the letter.

Another interesting fact about Ludwig van Beethoven that he was known for creating conflict with everyone around him. As he was both miserable and lonely for the majority of his life, Beethoven’s temper had frequent flares that he made sure no one would ignore. At one point during his career, Beethoven even attempted to break a chair over one of his closest friend’s head. The fact that he was deaf and attempting to continue his career as a pianist more than likely had a large part in his bad temper.