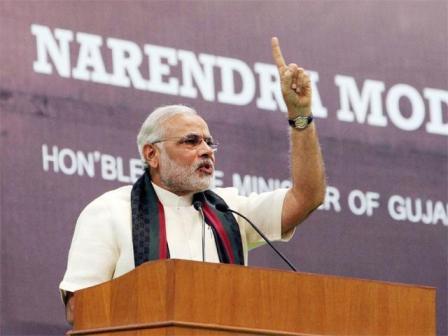 Narendra Modi, the most loved politician in recent times has got many skills to notice. Below are the 5 positive points of Narendra Modi which makes him stand out among Indian politicians:

Time and again Mr. Narendra Modi has shown excellent oratorical skills by captivating his audience with spell binding talks of development and clarity of visions on issues such as foreign policy, development, national security etc. His ability to sway audiences relies mostly on his impromptu his speeches without reading from a pre written script practised mostly by other leaders and the connection he establishes with the audiences by involving them depending upon the type of audiences he is addressing like youth, women, rural and urban.

Narendra Modi posses a certain charisma which India definitely needs expecting a leader who has strong personality after being lead by mainly an almost an invisible Prime Minister for years with almost 65% of the electorate below the age of 35 years, the youth expect a strong leader behind whom they can rally to jump frog India into next level of development.

During his terms in governing in Gujrat, Mr. Narendra Modi has displayed quick decision making ability which is seldom seen in Indian political class either by design or political compulsion. His no nonsense approach in taking executive decisions and insuring their quick implementation forms the corners stone of his effective governance model.

Another positive point of Narendra Modi is his clear vision! As Helen Keller quoted “the only thing worse than being blind is having sight but no vision”, through his speeches Narendra Modi has truly displayed India’s economic development, corruption free government and a strong aspiring nation which commands respect across the world.

During his elevation from Gujrat CM to NDA’s Prime Ministerial candidate there was ample evidence of Mr. Modi’s mass appeal within his own party, the BJP barring a few political heavy weights like Mr. Advani & Mrs. Sushma Swaraj whose won political aspirations were thwarted by the strong undercurrent of support within the party cadre.

India as in emerging economy with aspiration of the youth riding on its shoulders needs a strong, vibrant leader who can effectively usher into the elite group of nations; this is where Mr. Narendra Modi fits the bill as a strong contender who can step into the leadership vacuum that has been created by the present dispensation  with Manmohan Singh’s lack of grip and Rahul Gandhi’s reluctance of take Modi head on as PM candidate from the Congress party.

Do you know any other positive points about Narendra Modi? Drop your comment below in the comment box