Even though this man had only four legendary voyages but they were good enough to get his name penned down in history. The man I write about is none other than Christopher Columbus. Here are a few interesting facts about Christopher Columbus that you might not know

Christopher Columbus, Cristóbal Colón, Kristoffer Kolumbus, say it as whatever  you want and yet you would be calling upon the same man. Thanks too his greatness, he  is known by different names in different languages.

When you see a light at the end of a tunnel, then we know that there is an opening. Columbus was sure that he knew the route to Asia but was not getting fund from anywhere, be it the Spanish court or the king of Portugal. He had almost given up and was headed back to France when he got the news that his funding was approved.

Everyone cheats, when it comes to knowing that your name is going to go down in history. Similar was the scenario with Columbus who despite had promised hos men on the ship of a reward to who ever saw land first, but eventually took the credit on the discovery of Bahamas.

Whatever shines is not necessarily gold. This phrase must be kept very much in our minds while considering the various voyages of Columbus who often returned empty handed from his voyages at the cost of some very expensive ships and man power.

#5: Corruption at its Roots

Since Columbus was the reason that so many lands had been found, he was made the governor of Santo Domingo but was soon arrested and sent back as he took a large part of the profits for himself. Thus, proven that just because you are good at one thing doesn’t mean that you would be great at all. 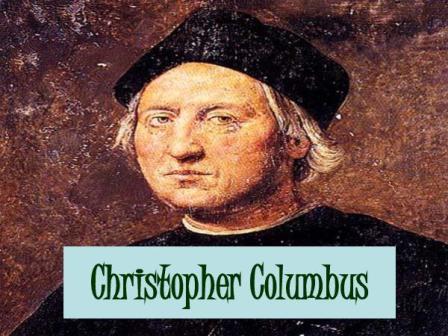 Columbus was a very pious man and lands discovered by him were all religious ones. He believed that god had set his destiny as the man who was to find these lands. After retirement, despite being a wealthy admiral, he took to wearing the attire of a monk. He even believed that he had found garden of Eden.

In order to get funds you have to give something valuable in return as well. Since all the lands discovered by Columbus were out of gold and silver, he would often bring back people as slaves.

Columbus was looking for a new passage to Asia… and that’s just what he found, or so he said until his dying day. In spite of mounting facts that seemed to indicate that he had discovered lands previously unknown, he continued to believe that Japan, China and the court of the Great Khan were very close to the lands he had discovered. He even proposed a ridiculous theory: that the Earth was shaped like a pear, and that he had not found Asia because of the part of the pear that bulges out towards the stem. By the end of his life, he was a laughingstock in Europe because of his stubborn refusal to accept the obvious.

All of us believe in the legend of Mayans but Columbus was one of those who would have actually got to meet them had he not turned south just after discovering their existence.

Seville, Spain and Santo Domingo all claim to have the remains of Columbus. However he died in Spain in 1506, where his remains were kept for sometime before being sent over.  In each of these cities the bones in question are kept in elaborate mausoleums.