The man from Indianan for whose late night show broadcast on CBS you would be wide awake like an owl, who was also the no. 45 in the list of 50 Greatest TV stars of all time and owns the most loved company: worldwide pants. The man is none other than David Letterman. If you have a good sense of humor and are a lover of good comedy then it’s surely not the first time you are hearing this name. But did you know that a man as intriguing as him did not get to go to Indiana University because of low grades? I am sure you didn’t. Well here are a few more interesting facts about David Letterman that you might not know.

Everyone before becoming someone great has to go through hard labor so did David letterman. He worked at a local grocery store during his teenage years.

#2: A Little Bit of Politics

David Letterman is not only the man who can bring a smile to any face in the world but is someone who can get down to serious business as well. He proved that very well when he was voted Class Smart Alec at his home town high school, Broad Ripple High.

He started his television career as a weekend weather caster at an Indianapolis station and has moved up so high. Now isn’t that inspiring?

Hi can in his simple ways turn situations of distress to jokes like the time when he once congratulated a tropical storm for being upgraded to a hurricane.

He moved to LA in the year 1975 and worked as a standup comedian and a writer for sitcoms such as The Paul Lynde Comedy Hour and Good Times. 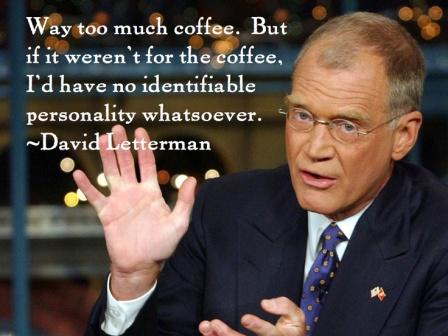 Every actor needs his big break. David Letterman’s big break arrived when Johnny Carson made him a regular guest host of the Tonight Show.

David Letterman was given his own daytime show in 1980 which even though was taken from him only after three months. But it was this how that got him two Emmy’s.

The great show Late Night with David Letterman was debuted in 1982 and proved to be a huge success. during its 11.5 year run, it received five Emmy awards, and was honored with 35 nominations.

He signed a huge contract with CBS in 1992 to host The Late Show.

The Innovative Mind: Received a George Foster Peabody award for taking “one of TV’s most conventional and least inventive forms – the talk show – and infusing it with freshness and imagination.”

Cigar Lover: Has been known to enjoy a good cigar, but recently quit.

The true Alma Mater: He is still known to Fund a scholarship at Ball State University that is his Alma Mater