When we talk about Graham Bell the first thing that strikes our mind is the very obvious telephone invention but there are some untold stories about him too that makes for an interesting read as well. His childhood, his family and various other things that surrounded him had always been his inspiration and today let’s get into the details of some little known & interesting facts about Graham Bell-

Alexander Graham Bell has not restricted himself to only one field only as he traded the path of science as well know but he can easily be termed as an inventor and engineer too.

At the age of 12 he witnessed his mother turning deaf slowly and that was one of the reasons why he followed his father who was a teacher and taught people with hearing difficulties. He married Mabel Hubbard who was his student and was a deaf too. He even taught Helen Keller.

Another interesting fact about Graham Bell is that he was taken aback by the speed on water and after years of research and communicating with people related to the subject he finally made a boat which created world record at that time with 70.86 miles/hour. For 10 years nobody was able to break the record.

In 1981 President James A. Garfield was shot two times by the assassin and when the doctors were unable to locate the second bullet in his body then they called upon Graham Bell to help them out and he invented what now we know as metal detector but due to the presence of metal bed he wasn’t able to locate the bullet but he played a significant role in inventing something which is still used in today’s metal detector. 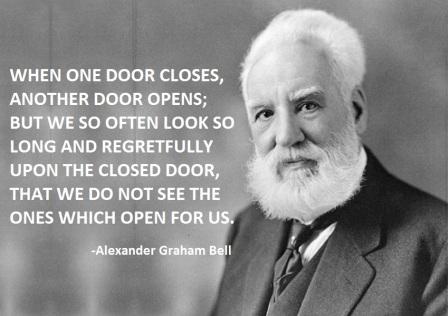 #6: Filing for the patent

He and Elisha Gray, an electrical engineer who was from America filed for the patent over the sound transmission telegraphically but Bell got the patent. Later he put together his telephone with the help of water transmitter of Gray.

He used to work with various deaf schools and was the founder of a deaf school in Boston. The inspiration of working on sound was mainly due to his mother and then his wife too.

He tried to make his dog speak by putting his finger in the mouth of the dog when he barked for long and it would sound something like – How are you Grandma? It was the stepping stone of his experiment with sound which later developed into serious stuffs.

He would only concentrate in science subjects therefore didn’t faired well in other subjects that made him a poor student overall.

Another interesting fact about Graham Bell is that he got his middle name as a birthday gift from his father as he was keen to get it because his brothers already had a middle name.