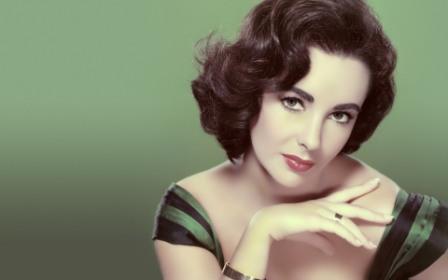 Elizabeth Taylor was a true diva in every sense. She not only was good looking but also was a strong activist who stood strong for what she thought was right. She was the only film star who came in open and spoke about serious issues like AIDS. She always followed her heart and has done things which she believed in. She didn’t limit herself to acting only instead she donned many caps including that of the activist, businesswoman and a humanitarian. Let’s checkout some little known, amazing & interesting facts about Elizabeth Taylor-

She was biological mother of three and also had an adopted daughter. At the time of her death she was survived by four children and a total of ten grandchildren and she also had the luck to see her 4 great grandchildren.

In 1960 she was thought to be dead as she was suffering from rare pneumonia but she survived. At that time she was shooting for Butterfield 8 and not only did she survived the ailment but also completed the shooting.

Another little known & interesting fact about Elizabeth Taylor is that she had broken her back as many as 5 times and the first time it happened when she was shooting for National Velvet and fell off the horse back.

She used to smoke a lot but once in 1975 she was said to have lung cancer. Later it was found out the diagnosis was not right and she was not suffering from any cancer.

She turned into Judaism back in 1959 just before getting married to Eddie Fisher and as per Jewish tradition her name was Elisheba Rachel. Even her third husband was a Jewish too.

Another interesting fact about Elizabeth Taylor’s life was that she was a survivor in true sense! She underwent brain surgery to get rid of tumor, dealt with scoliosis and osteoporosis, replaced heart valve and also had hip replacement. When so many things were going inside she stood still and held her head high throughout. She was also given the title of Dame Commander of the British Empire by her majesty herself, Queen Elizabeth II.

She was a jewellery designer too and apart from that she has a huge range of perfume named after her like Forever Elizabeth, Diamonds and Sapphires, White Diamonds, Gardenia, Brilliant White Diamonds, Violet Eyes, etc.

She has a 33 carat diamond called the Krupp Diamond and along with it she has other possessions like pearl shaped diamond that Burton gave her, diamond brooch and emeralds.

She got married to Conrad Hilton Jr. and only two days after her much hyped marriage she had her film Father of the Bride released in 1950. The real life marriage garnered so much publicity and it became the talk of town giving the film much needed opening and the film turned out to be a success though her marriage was not as successful and ended in divorce just after 3 months.

She simply hated her nickname Liz as she thought it sounded more like a Hiss.