Leonardo was the love child of Caterina who was a peasant and her landlord Ser Piero who was a lawyer by profession. He was born on April 15, 1452 and died on May 2, 1519. He lacked formal education in Greek and Latin and was homeschooled. The Last Supper and Mona Lisa are two of his best works. There are some unknown & very interesting facts about Leonardo da Vinci and among them; here are the most interesting facts:

#2: Many facets of the artist

He was not just a painter but also a scientist, an inventor, engineer, writer, musician and much more. He was an all rounder in true terms.

He was interested in flights so he studied the flights of birds and created plans which would help in flying machines that resembled helicopters or hang gliders.

His conceptual drawing included plans for various instruments and machines like the musical instrument, calculator, boats and war machines are some of the popular ones among the huge collection.

He was an expert in studying human body that is the anatomy. He is used to study in detail and create hundreds of drawings to explain his thoughts. The Vitruvian Man one of his famous drawing depicts the relationship between the human proportions and geometry. 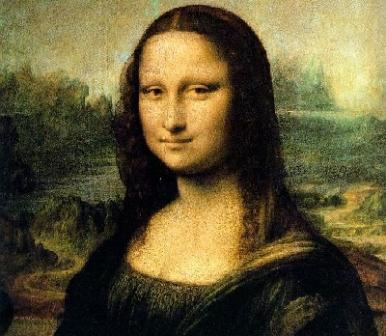 It is said that it took 10 years to draw Mona Lisa’s lips and a study through face recognition software determined that Mona Lisa is 83% happy, 9% disgusted, 6% fearful and 2% angry. In 1994 founder of Microsoft Bill Gates purchased one of the famous scientific writings the Codex Leicester which explained the movement of the water, the moon and also the fossil among many other things.

#7: Providing lights on many issues

He was the one who described that the sky was blue because the way air scatters light. He also figured out why the full moon was dimly visible when it is a thin crescent. Its night side gets lit by light reflected from earth which appears to be 50 times brighter from the moon than the full moon appears here. He also designed a lagoon dredge, a resistant car, a pulley, and a flying ship. In December 2000 a skydiver Adrian Nicholas landed in South Africa using a parachute which was built from one of the Leonardo’s design.

He used to write backwards that means you will require a mirror to read his writings. He did this intentionally as he wanted to keep his thoughts secret from the outside world.

#9: Contributing to the society

Paper was expensive at the time of Leonardo so he used the paper in more intensive way by filling it up mostly. Another interesting fact about Leonardo da Vinci was that he was a vegetarian! which is an unusual thing to expect from someone during that era and he did that solely on humanitarian grounds.

He who thinks little, errs much; Movement will cease before we are weary of being useful; What is fair in men, passes away, but not so in art; Drawing is based upon perspective, which is nothing else than a thorough knowledge of the function of the eye and many more.

He knew some of them might call all his work useless so he was quoted saying that “I know that many will call this useless work”.