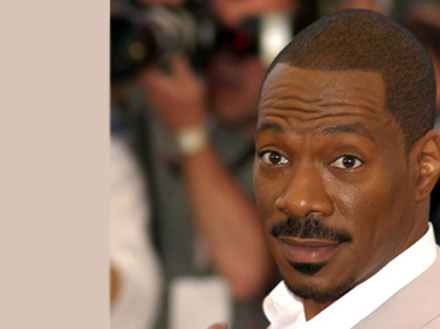 Edward Regan Murphy has been in the industry for more than 30 years entertaining people of all ages and groups. His first film was 48 hours but he has remained in the hearts of millions of fans for over 3 decades now. Whenever he comes to the screen people burst out in laughter and he has played various roles to perfection. Here are some other little known, amazing & interesting facts about Eddie Murphy, the greatest comedian of all time:

#1: Right from the beginning

He was very clear in his head that he wanted to become a comedian right from the very word go. So he never wasted time in doing odd things instead he headed right away where he would fit and that is the comedy clubs like Comic strip. Within 2 years he was the most popular one in there and people used to wait for his act.

He considers himself to be the number one fan of Elvis Presley and also Kylie Minogue. Not only was he an avid lover of music but was a great singer too. He has two singles that became quite a hit, one of them is Party all the Time and the other one that features Michael Jackson too was Whatzupwitu.

Another little known & interesting fact about Eddie Murphy is that he owns a personal island of his own in the Bahamas which is known as Rooster Cay. For the very first film of his he received one million dollar and you can very well guess now that if not him then who will own a personal island?

In 7 movies altogether he has played more than one role. The films where he has played multiple roles are – the Nutty Professor I and II, Coming To America, Meet Dave, Norbit and Bowfinger.

He have also directed one movie called the Harlem Nights which was a success among the masses but was blasted by the critics. The film starred Richard Pryor and Redd Foxx apart from him.

He tries to keep everything around him neat and clean all the time. This trait in his character only got enhanced when he became a super star as he had shower many times a day and always kept washing his hands.

In his entire career it was a rare case that more than two of Eddie Murphy’s film was released in the same year. But this rare thing occurred twice, once in the year 1998 when Dr, Doolittle, Mulan and Holy Man was released and then it happened again in the year 2002 with The adventures of Pluto Nash, I Spy and Showtime made it to the theaters in the same calendar year.

The role of Beverly Hills Cop – Alex Foley was supposed to be played by Sylvester Stallone but then it went to Eddie Murphy and he continued to play this popular cop in the original and all the sequels too.

He was born in 3rd April, 1961 at Brooklyn, New York but he grew up in Roosevelt, Long Island. He is father to 5 daughters and 3 sons.