A post-impressionist, born to be a painter, Vincent Van Gogh got a life of 37 years (1853-1890). He was the son of a Dutch Protestant minister. So he also wanted to carry on his ancestor’s work of preaching his religion, but moving through the ups and downs of his life, with an unfortunate fate, he finally became a painter. His paintings have the shadows of inspirations from the impressionists’ works and Japanese art. Even being mentally disturbed at times in his life, he introduced different techniques and color schemes, not sticking only to a particular painting format and style. His famous works include Bedroom at Arles, The Night Café and Starry Night. Here are 10 amazing and interesting facts about Vincent Van Gogh –

A painter can’t be imagined to paint without a paint brush. Van Gogh, on the other hand, was an artist who painted most of his paintings with the broken back of his paint brush. He, sometimes, spread the paint on the canvas directly from the tube.

Being passionate as an artist, he didn’t wait for anyone to serve as a model for his portraits, so he sketched more than 20 self-portraits for the sake of exploring the new painting skills.

Starry Night; the best work of Van Gogh was painted by him in Saint-Paul-de-Mausole asylum in Saint-Rémy-de-Provence, France, while he was admitted there as a neurological disorder patient.

Approximately about 2000 letters belonged to Van Gogh, including all the lost and recovered letters. Out of these 2000 letters, 651 letters are addressed to his younger brother Theo, who supported Van Gogh financially and morally, especially during the last decade of Van Gogh’s life. 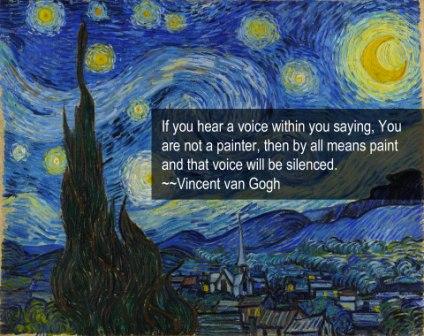 In Paris, in February 1888, the light reflections and the variety of colors attracted Van Gogh so passionately to make 14 paintings of orchard in about only a month long period.

In 1881 summer, Van Gogh fell in love with his cousin Kee. After her rejection, Vincent went to her parents’ house to see her. On the refusal of Kee’s father, Van Gogh put his hand over a lit up oil lamp so that his demand may be carried out. But the wise father blew out the lamp, ending the love story without any happy ending!

#9: Angel of Death Had to Wait

Another very interesting fact about Vincent Van Gogh is that Gogh had a suicide attempt by shooting himself in the chest on July 27th, 1890. But he didn’t die on the spot. Perhaps, the Angel of Death waited for his best companion, his younger brother Theo; to fulfill his last wish to be with his brother at the time of death. He died two days after his suicide attempt on July 29th, 1890, in Auvers-sur-Oise, France.

Theo was really a true companion of Vincent Van Gogh. He didn’t left Van Gogh even after his own death. He left the world six months after Van Gogh. His wife Johanna took his dead body from Utrecht, the place of 1st burial of Thoe, and reburied it in Auvers cemetery next to Vincent.