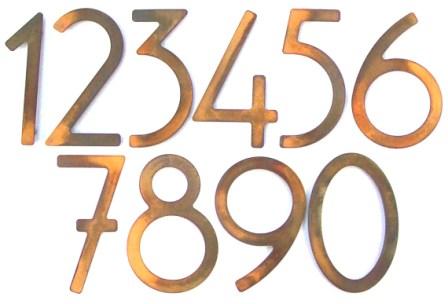 Learning counting in the early classes is always a cakewalk but only one in twenty know the table of 19 even at the age of 18. Defined as a mathematical object used to count, label, and measure, but is capable of being very confusing resulting in students biting off their nails till they bleed, if not paid attention to. Possessing the uniqueness of being infinite, here are a few amazing & very interesting facts about numbers

The golden ratio of relatively 1.618 between two quantities such as lengths often appears in the Mother Nature (uncurling ferns, pine cone arrangements, tree branching etc) and has been used throughout history to create aesthetically pleasing designs and art works such as Leonardo da Vinci’s Mona Lisa.

The value of Pi or π (the ratio of the circumference to the diameter of a circle) can’t be expressed in the form of a fraction, thus making it an irrational number. It neither repeats and nor does it end when written as a decimal.

The mysterious question of what arrives after a million, billion and trillion? The answers are: quadrillion, quintillion, sextillion, septillion, octillion, nonillion, decillion and undecillion.

The name of the popular search engine ‘Google’ probably from where you landed here came from a misspelling of the word ‘googol’, which is a very large number (the number one followed by one hundred zeros to be exact).

It is easy to figure out whether a number is exactly divisible by 9. It’s similar to as asking whether a number is in the “9’s table”. You need to sum up its digits. If the answer attained is more than one digit long, then you can add up the digits again, and continue doing this, until you a single digit is what is left. If the single digit attained is 9 then the original number was divisible by 9.

A guitar comprises of 6 strings, man was made by God on the 6th day, Star of David has six sides. 6 is also the smallest perfect number.

The totality of the universe in China is believed to be the number eight. When the number 8 lies on its side, it shows infinity in the world of mathematics. The world of martial arts comprises of eight virtues. 73 times has the number eight been used in the bible. Oxygen’s atomic number is eight. An octagon is made up of eight sides. Scorpio is known as the eighth astrological sign. The eighth ball in Bingo (a game) is known as one fat lady.

One of the very interesting facts about numbers is that the ancient Hindu-Arabic numeral system developed a number system over 1000 years ago which is now the base on which we use the numerical digits today, such as 1, 2, 3 and further on.