The meaning of the word Jesus is saves or salvation. The name Jesus appears 900 times in the Bible. The word Christ is not a name but a title and it means anointed one. Jesus was anointed with the power of Holy Spirit and was the promised savior. In The Bible more than 500 times the name Christ appeared. There are some amazing and interesting facts about Jesus Christ that you must  know.

Jesus ate bread which has been a common food throughout history. He also ate clean meat such as lamb and fish. He also ate eggs because he once said eggs are a good gift. The Old Testament says that Jesus would eat butter and honey and also ate broiled fish and honeycomb.

Jesus was known to be a carpenter and this indicates that He not only grew up in the house of carpenter but He also worked there long enough for people to know Him as a carpenter.

There is no record of his birth date but is generally celebrated on December 25 each year. Many scholars say that he was born sometime in winter or early spring.

#4: Jesus and his cousin

John the Baptist was Jesus’ second cousin. Mary (the mother of Jesus) and Elisabeth (the mother of John) were cousins. John was about 6 months older than Jesus. They were very likely to be together during their childhood and even as young men growing up.

Jesus had several half brothers and sisters. At least some of his brothers were named James, Joses, Simon and Judas but there was no name of his sister in The Bible. Going by the history it says that James became the head of the church in Jerusalem. 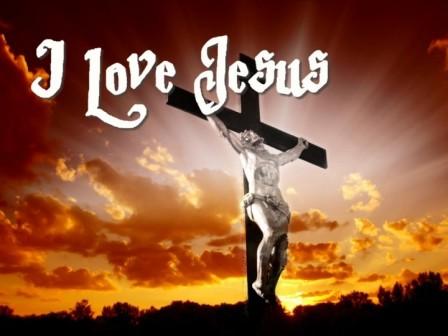 The Bible shows some of very passionate scenes from the life of Christ. He caused the downfall of the money changers in the temple and was moved to tears at the news of Lazaru’s death.

There was a man conscripted to help Jesus carry the cross up to Golgotha was Simon. This man was from Cyrene who was also called Niger. He was from the country Libya. Simon had two sons known to the early church.

#8: Jesus sang on the cross

First century Jews always sang the Psalms and they were sung in entirety. It is found out that Jesus quoted the Psalms during the darkest hour on Calvary.

In the first century, when a boy reached his early teens he was considered to be a man. A renowned scholar argues that all the twelve disciples were in their late teens.

Just before his death, Mary of Bethany anointed Jesus with a strong fragrance. When He was taken down from the cross then that strong perfume was sprayed on him and the amount of the perfume was same as that of The King. So when He rose from his death, He was fragrant. The Psalms also allude to it prophetically.

Another interesting fact about Jesus Christ was that he was a master at irony and wit which we can witness from many of his sayings. Since we live in the 21st century, we easily fail to notice the use of humor that Jesus regularly used. Jesus completed the story of Israel and He re-played it down to the details.