Cambodia is a Southeast Asian country surrounded by Thailand, Vietnam and Laos. Cambodia has a constitutional monarchy but a unitary parliamentary type of government. The capital city is Phnom Penh. Here are some very interesting facts about Cambodia that you may not be aware of-

Cambodian flag has a unique identity. It was designed as late as in 1850 with the depiction of a building-Angkor Watt in the center. The flag was initially abandoned but was readopted again. Angkor Watt is a world famous religious monument which derives its name from the Sanskrit word temple city. The monument is based on Hinduism though Buddhism is practiced by 95% of the population

White is a color of mourning and so is not used in any form of gifting. Birthdays are not celebrated here as most of the older people do not even know their birth dates. 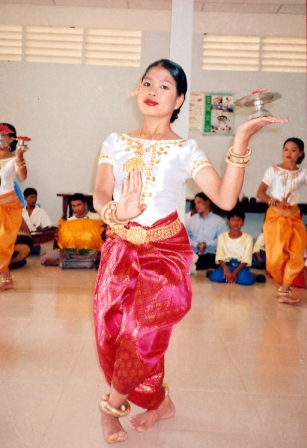 The traditional costume is known as the Sampot and a checked scarf called Krama. Some Cambodians still wear the traditional dresses with a Buddha pendant on a necklace.

The economy is dominated by wet rice agriculture. Tourism and textile industry are the two major income generators

The official language in this region is Khmer and French is second widely spoken next to English.

Life expectancy is almost only 50 years. Half the population is less than 15 years old

Romduol is a small yellowish white flower with an attractive fragrance generally compared to the Cambodian women for its unique scent. 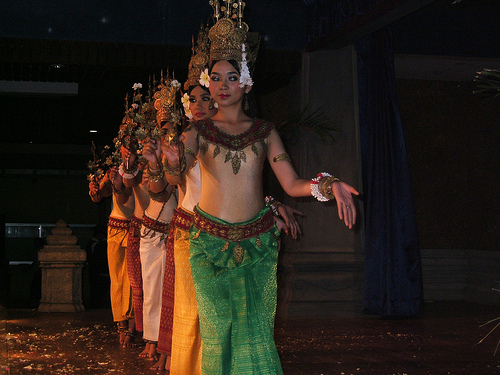 The Cambodian dance is categorized as classical, folk and vernacular. An ancient dance known as the Apsara dance or the royal ballet is one of the main symbols of Cambodia.

#Sport: Football is a popular sport other than the traditional martial arts like kickboxing and wrestling. The Cambodian football team has been a member of FIFA since 1953.