Canada is the second largest country in the world. It stretches from the Atlantic to the Pacific, and northwards into the Arctic Ocean. Canada is a federal parliamentary democracy and a constitutional monarchy. The ten interesting facts about Canada can be summed up as follows: 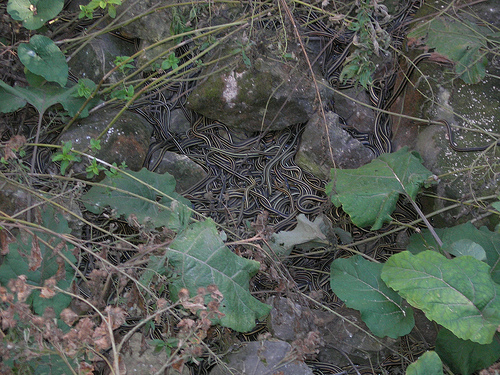 Narcisse Snake Dens conservation area is renowned for the largest concentration of snakes at one place. You can find thousands of snakes which slither out of their dens, and pile up on each other, making them look uncountable wires tangled into each other, with the difference that these ones move.

With the rat menace known all over the world, the Alberta province in Canada stands out for being the province without rats. Alberta has border guards, armed with rat-poison to protect its borders from any rat intrusion. Even the white lab rats are found only in pet stores or zoos.

The color of money, the green dollars, which United States of America has, was invented at McGill University in Montreal, in 1857, by Thomas Sterry Hunt.

In the small town of Churchill, Manitoba, which has a population of a thousand people, has equal number of bears, especially during the autumn when they gather around waiting for the bay to freeze. Walking down the streets may be a tricky business, and there are officers deployed to shoo away the bears.

During spring season you will find massive floating masses of ice in Labrador and Newfoundland, which have broken away from glaciers in Greenland. Enterprising business people take it up on them to scoop from these ice masses, and use it in products like wine, vodka, beer, and skincare. 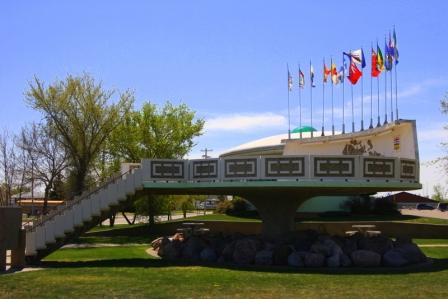 Canada is ahead of times when it comes to welcoming the aliens to our planet earth. For in 1967, they undertook this unique measure of erecting a landing pad for a UFO ship, in St. Paul, Alberta. A collaboration of government which provided land and the people who provided building supplies, ended up making up this unique structure.

Canada can boast of the world safest highways for animals.They have spent millions of dollars building it. All for the benefit of Grizzlies, Black bears, Wolves, Elk, etc. There are numerous underpasses and overpasses on the national highways.

One of the most interesting facts about Canada you should know is that while mapping earth’s gravity fields in 1960s, scientists stumbled upon an unusual fact, that in Canada’s Husdon Bay area, where a person weighing about 150-lb feels one tenth of an ounce of less pressure.

Let’s get it clear, prostitution has never been legal in Canada. And to employ a person for se*ual services, to enter a brothel, or even talking about it, is considered a crime. But, transfer of money obtained by se*ual services is legal. Yep!

Canada has abundance of natural resources, and is the single largest supplier of oil to United States, which is even more than all the Gulf nations’ oil supplies to US put together. It boasts of exporting a million barrels of oil a day to the US.