The Republic of Poland is situated in Central Europe. It is the 69th largest country and 34th most populous country in the world. It has a long history of its formation and consists of sixteen voivodeships. It is a democracy with President as the head of the state. Now let us know some amazing & very interesting facts about Poland.

Poland proudly claims to have won seventeen Nobel Prizes, which includes five in the field of literature, which speaks volumes of its learned people. Almost 90% of Polish people have completed their education, still the secondary level.

Perhaps, Poland is the only country in the world where the forested areas are on the rise. Almost 30.5% of Poland is covered with forest, and thanks to the efforts of the national program of reforestation, the forested area is expected to rise up to 33% by the year 2050.

Another interesting fact about Poland is that the country takes the honors, as the first country to abolish corporal laws, which required inflicting physical pain as punishment for wrong doers. It is a very tolerant country and has high level of gender equality and minority tolerance.

Weaving straw dolls and decorating it with ribbons is a tradition long followed in Poland, under the guise of Marzenna. This endeavor is undertaken during winters, as the dolls represent winters. Hence, when the snow starts melting, the dolls are thrown in the river, symbolizing getting rid of winters. 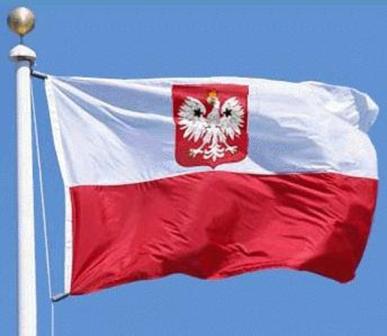 Wianki, which means ‘wreaths’ in English, is a tradition in Poland followed since the pre-Christian period, in honour of Slavic goddess of harvest and love. People float home-made wreaths with candles on it, in the river and,if it floats to a lucky woman on the other side of the bank, she is destined to meet the love of her life.

St. John’s Kupala is joyous festival in practice since times long gone by. It is celebrated on the 23rd – 24th of June. It involves couples coming together and jumping over a fire. The interesting fact about this festival is that it is believed that those who participate in this festival will have a happy and prosperous year.

‘Burek’ is the name christened to most of the dogs in Polish countryside, which indicates a dirty greyish-brown color, the color of most of the farm dogs.

The Polish numbers are brain crackers, and you have to give in a lot of efforts to master them, especially the number 2, which has thirteen different forms of names.

In the Polish countryside, there are places where a gold coin is placed in the diaper of a baby before christening. It is supposed to bring good luck and happiness to the baby during their life time.