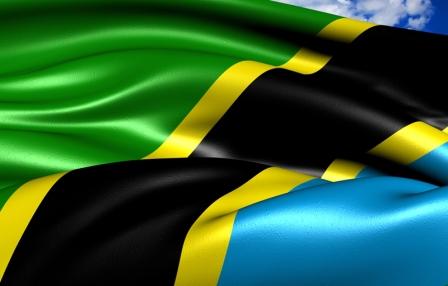 Say hello, to Tanzania, the state formed in 1964 by the unification of two states, Tanganyika and Zanzibar. Lying on the east of Africa, its parliament consists of the president and the National Assembly. Now let us know some amazing & interesting facts about Tanzania

Tanzanians literally believe in early to work hence their working hour starts from 6 am and is the first hour of their work. If your lunch break is announced for 7th hour, it applies that you go for lunch at 1 pm.

One of the most interesting facts about Tanzania is that the country boasts of 120 different flavors of languages, though most of these converge to Bantu languages. So, get used to listening different dialects when you visit Tanzania. But, the official language of Tanzania is Swahili and second to it comes the English language.

They are nothing, but the ancestors of present wild elephants in Tanzania, but with a difference. For, they swam in waters, and grew to about 3.5 meters in length. But,that is history, about 55 million years ago.

This mountain in Tanzania reaches up 19,341 feet above sea level, towards the sky. It acclaims its position as the highest mountain in Africa and as the highest free-standing mountains in the world. It has three volcanic cones, though it has been inactive since 200 years and the last major eruption is estimated to have erupted some million years ago.

It is here that the remains of the species of legendary Homo habilis, which lived about 2 million years ago, were recovered. Along with their remains ancient tools were also found. It is sound evidence that life existed in this country since times long gone by.

Engraving its name as the world’s largest crab, the coconut crab is found here. They are also known as robber crabs. You get shock of your life looking at the four kilogram creatures, which are also capable of lifting objects weighing twenty nine kilograms with their pinchers. They feed on fruits, nuts, seeds and fallen leaves.

Yes, you heard it right. When on the wild safari in Lake Manyara National Park don’t be surprise if you see a lion climbing a tree. As it here that you find world’s only tree climbing lions. You can see the entire pride of lions on the branches of acacia trees glaring the wide expanse of land.

Tanzania as has abundance of Mpingo trees, also known as Africa black trees, which are considered to be the world’s most expensive hardwood trees. It is dense black in color and is ideal for making musical instruments. It has ability to survive fires as well. Tourists go for the ornaments made from its wood.

Tanzania is also accreted with the largest concentration of wild animals in the world. Almost 1.5 million wilder beasts go on migration which covers about 1000 km in search for greener pastures. The Seronera Valley in the Serengeti is inhabited with large number of lion prides and the elusive leopards.

Another interesting fact about Tanzania is that the moon shines brighter here. So if you don’t have a torch at night, no issues, there is light enough for you to find your way home.