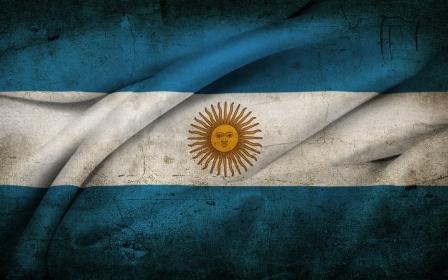 Argentina is the eighth largest country in the world and the second largest in the Latin America. Its name been derived from Latin ‘argentum’, which means silver, and it has a federal form of government. Let’s take a look at the interesting facts about Argentina

It is one of the first few countries to launch the radio broadcasting services. It made its first radio broadcast in August 1920. And at that time only twenty lucky people had radio receivers.

Don’t let the name football come to your mind, because it is not. The official national sport is Pato, which also means ‘duck, reason being that, hold your breath, a live duck inside a basket was used instead of a ball. It holds the distinction for been banned several times owing to its violent nature.

One of the most interesting facts about Argentinians is their customary diets! Munching on Gnocchi, potato dumplings are customary, to be eaten on the 29th of every month. May be it got into vogue owing to, it being cheap to make, with potatoes, flour and salt. Argentinians also cultivated a habit of placing money under their plate of gnocchi, to get bestowed with good luck. Restaurants on 29th have special gnocchi menu.

The credit for making the first animated feature film goes to the Argentinians. For, in the year 1917, QuirinoCristiani took the honors of making the first full length cartoon film. And furthermore it is said that Walt Disney got the motivation after his visit to Quirino’s studios.

Argentina also takes the honors of adopting fingerprinting as a method of identification. It all began with a stabbing incident of two children, and to zero down to the culprit the local police used the fingerprints on the door handle as the source of identifying the culprit, which ultimately turned out to be their mother.

Argentina can also claim to be most look-conscious countries of the world. An average compared to the world, the Argentinian women undergo plastic surgeries, the highest number of times. And also, more than 30% of the women have eating disorders.

May be, owing to the high rate of cosmetic surgeries, Argentina has become the home of highest number of psychiatrists per capita anywhere in the world.

Argentina has bagged three Nobel Prizes in the field of science. Their scientists have been awarded the prize for their contribution to successful treatment of heart disease, and for treatment of different types of cancer.

It is the birth place of one of the most famous Latin dance and music, the tango.  It originated in Buenos Aires by the end of the nineteenth century. This sensual dance is a blend of African music and Argentine Milonga music. Though initially it was not looked upon as decent, but gradually it gained its popularity.

Another interesting fact about Argentina is that the country is most desired place for the palaeontologists, as the oldest known dinosaur species has been traced back to this place. They date back to 230 million year ago, and have now found their way in the museums here.