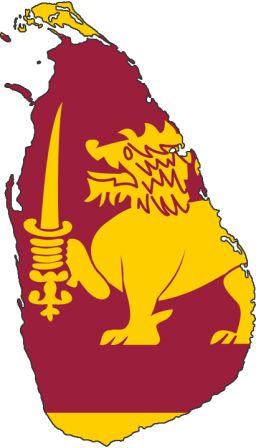 Often known as Indian Ocean’s Pearl, The Democratic Socialist Republic of Sri Lanka has been one of the key hubs when it comes to trading. Archaeological evidence suggests inhabitation for about 34 thousand years. The country has a significant place in the great Hindu epic Ramayana. Now let us know some interesting facts about Sri Lanka

#1: Significance of the Name

The country conveniently sits on the middle of a tectonic plate. Hence the country does not experience earth quakes or volcanic activities.

The country is an Island that lies on the Indian Ocean. It is beautiful in the shape of a tear drop.

There are some very interesting facts about Sri Lanka related to the country’s national identities, here are they-

The Sri Lankans have an average life expectancy of 73 – 75 years. Sri Lanka is also known as the land of smiling people. When the people nod their heads from side to side wiggling slightly then it is taken to be a yes.

Sri Lanka has an elephant orphanage and this place is mostly the venue for elephant paegant.

Another interesting fact about Sri Lanka is that the country boasts of the highest rate of literacy in South Asia at 92%. There are eleven universities in the country. Michael Ondaatje is a world famous writer. He is from Sri Lanka.