The era of prince charming coming riding on a black beauty just to sweep his Cinderella of her feet and look into her eyes and utter the three magical words chivalrously, is long gone. Along with it is gone the idea of Ms. and Mr. Perfect, but yet withstanding the atrocities of time there exists the feeling of love. When you think of him, your lips curl up into a smile, cheeks burn with color, heart skips a beat when he says Hey beautiful and all you can think of saying is “I’m yours”. There has also emerged an era of hard love, where the one cheated upon retaliates in anger, only showing his/her weakness. Love is a drug as such, that intoxicates a person in a completely unexplainable manner. Let us know some amazing & interesting facts about love

A proportionate mixture of oxytocin, vasopressin, pheromones, testosterone, estrogen, dopamine and serotonin can explain the concept of love, but the idea of forgetting to breathe, wind blowing Bollywood style, protagonists looking into each other’s eyes deeply that they don’t even become aware of a fire around them and obviously the background music is just way too appealing.

Exam Time is the best time to fall in love as falling in love can induce a calming effect on the body and mind and raises levels of nerve growth factor for almost a year, which aids in restoring the nervous system and also improving the lover’s memory

Not only fear but love is also known for exerting similar amount of stress and physiological responses such as increased heart rate, sweaty palms and pupil dilation.

Diamond engagement ring idea came from Archduke Maximillian of Austria who set this tradition in the 15th century by giving a diamond ring to his fiancée, Mary of Burgundy without realizing that it was going to cost each one of us a large cut from our hard earned money.

People who are newly fooled by the idea of being in love produce decreased levels of the hormone serotonin —as low as levels seen in people suffering with obsessive-compulsive disorder. Perhaps that’s why one feels obsessed when smitten. 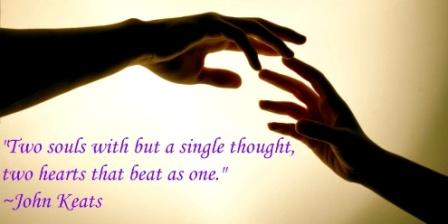 Mathematics supports us by stating that, we should date a dozen people before choosing a long-term partner; that provides the best chance that you’ll make a love match.

Engagement rings are mostly worn on the fourth finger of the left hand because the ancient Greeks believed that that finger contained the “vena amoris”, or the “vein of love,” that goes straight to the heart, I wonder why still there are so many divorce petitions in the courts.

Along with other ancient things, Greeks are known for the appearance of the first wedding rings with the circle representing eternity as well as powerful sun and moon deities.

One of the most interesting facts about love is that the seminal fluid is known to contribute to romantic love! It is believed that the liquid that surrounds the sperm contains dopamine also known as the pleasure chemical and norepinephrine as well as tyrosine, an amino acid required by the brain to manufacture dopamine

The abiding symbol of love, Cupid also known as Eros is said to have originated from Chaos (“The Yawning Void”) and represents the primitive forces of love and desire.