Officially called the Kingdom of Spain, Spain is only second to France in its size in Western Europe. Being the largest producer of olive oil, the country is also nearly as mountainous as Switzerland. Now let us know some amazing & very interesting facts about Spain

The Spanish explorers have traveled to different parts of the globe and have made many ‘accidental discoveries. California was discovered by the Spanish explorer Juan Rodriguez Cabrillo. The first man to ever see Antarctica is also a Spanish sailor by the name Gabriel de Castilla. Juan Sebastián Elcano claims the credit for being the first person to circumnavigate around the world. The Pacific ocean was first seen by Vasco Núñez de Balboa making him the first among the Europeans.

In 2005, marriage among the same sex became legalized in Spain. The laws do not restrict or impose any constraints on public nudity. The country also legalizes the sexual activity with consent at the early young age of 13. So much for the regulation and discipline!

One of the most famous & interesting fact about Spain is Bull Fighting! Many a movie and cartoon has revolved around bull fighting. Those who win over a bull are considered heroes. This bull fighting is a popular form of sport in Spain. It is called Corridas. It is either seen as an art and an impressive skill or as an act of cruelty that cannot be taken as a sport. Even when it comes to festivals, over a million people attend the most famous ‘running of the bulls’ festival. The festival is hosted in Pamplona a town in the North on St. Fermin’s day which occurs in the month of July.

The Spanish peninsula was called Span which means hidden land by the Phoenicians. They are said to have entered the country in the 8th century BC. 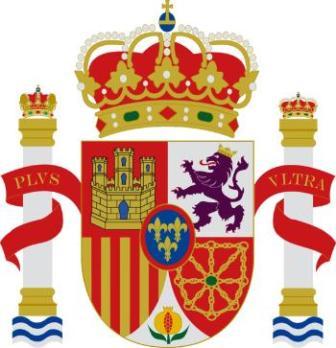 #9: Mouse for a Tooth Fairy

Ratoncito Pérez is a small mouse that is similar to the tooth fairy and leaves surprises under the pillows for the tooth of the Spanish children.

Another interesting fact about Spain is that in the Northern Spain, there is a oldest cave painting that dates to 40,000 years which could be found in the Cave of El Castillo.