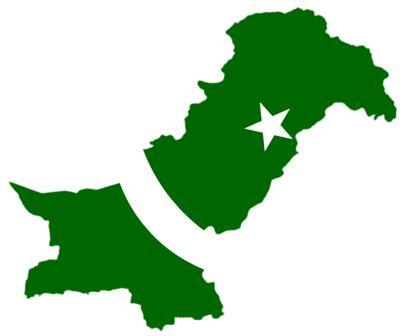 The Islamic Republic of Pakistan is predominantly a Muslim country with population larger than that of Russia despite being a small one. It has varied geography contributing to its rich wildlife and climates. Now let us know some very interesting facts about Pakistan

In the languages of Persian and Urdu Pakistan means the Land of pure. Coined as Pakistan in 1933 by Choudhary Rahmat Ali who belonged to the Pakistan Movement published the name in his Now or Never pamphlet. It is said to refer to P from Punjab, A from the Afghania province, K from Kashmir, S from Sindh and tan from Baluchistan. The letter i has been joined to make it easy to pronounce.

The country is the only Islam country to have declared that it possesses nuclear weapons. It also happens to be the first country to operate nuclear plants that are civil power plants. The Pakistan Atomic energy commission (PAEC) oversees the functioning and maintenance of the plants. The nuclear development is strongly supported by China.

There are some interesting facts about Pakistan related to sports in the country, here are they:-

With the Arabian Sea bordering the country there are many sea ports that include Karachi, Muhammad bin Qasim. The Gwadar is said to be the World’s largest deep sea port.

The national dress of Pakistan is the Shalwar Kameez. It is worn by both men and women in different styles in the provinces. They come in a variety of fabrics that include cotton, chiffon and crepe.

The population of Pakistan ranks sixth in the World and is larger than that of Russia which is the largest country in terms of land mass. It is a whooping figure that within every six seconds a baby is born in Pakistan.

Another interesting facts about Pakistan is that the country holds the record for the World’s tallest cake and has the World’s largest irrigation system. It also planted 750,000 mangrove saplings in a record in a day.