History may tell us about when and what happened but to tell how and where it happened is only geography’s forte. Ranging from the greenery of the Alps to the density of the Amazon yet with the dryness of the Sahara desert to the milky flow of the Ganges, it encircles within itself all the natures work that expertise in leaving us mesmerized and humming the tunes of all things bright and beautiful. Further down have been stated a few interesting facts about Geography,  the subject where we mostly lose marks because of the markings that had to be made on the 20 marks map, that shall leave us wondering as to what all co exists with us and how unaware we are of it and the world around us.

In New Zealand, there exists the hill that has been entitled as the hill with the second Longest geographical name “Taumatawhakatangihangak oauauotamateaturipukaka pikimaungahoronukupokaiwhe nua kitanatahu” i.e., 85 letters. The name is a maori phrase which means “place where Tamatea, the man with the big knees, who slid, climbed and swallowed mountains, known as land-eater, played his flute to his loved one”. However, this record has been broken recently by Krung thep maha nakorn amorn ratana kosin­mahintar ayutthay amaha dilok phop noppa ratrajathani burirom udom rajaniwes­mahasat harn amorn phimarn avatarn sathit sakkattiya visanukamprasit, i.e., 163 letters in Thai language.

Lesotho, San Marino, and Vatican City are known to be the only countries that are completely surrounded by another country. Lesotho is encircled by South Africa, Vatican City and San Marino, both are encompassed by Italy.

According to Scandinavian languages, ‘Å’ means “river” and the shortest place name is ‘Å’ which is located in Sweden and another village with the same name is located in Norway also.

The Vatican City has beaten the record of an average city by stretching up to only .2 square miles. The irony lies in Russia being the largest country. 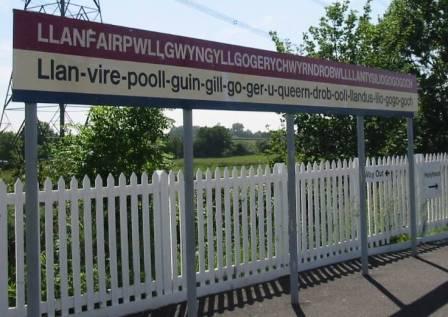 Llanfairpwllgwyngyllgogerychwyrndrobwyll llantysiliogogogoch has been crowned as the longest village name in the whole wide world and also the third longest geographical name known to us. It is situated in Wales, UK. It has four L’s in a row, read… oh sorry; just take a look at the name of the village again.

Hulunbuir, Inner Mongolia has a surface of 263,953 km squared, earning it the title of the largest city in the world.

The blazing temperature ever recorded on earth is El Azizia in Libya at 136 F, and Antarctica stole the trophy for being the coldest at -134 degrees Fahrenheit in Vostok. Where else, the blazing average temp is in Western Australia, is 96 degrees throughout the year on average.

#8: Necessity is the mother of invention

Founded in 301 by a Christian stonemason who was fleeing persecution under Emperor Diocletian, San Marino’s constitutional republic was found. It’s the oldest written constitution in the world.

Though on the planet, the altitude of Mount Chimborazo is the closest to the moon, but the Mt. Everest is the highest altitude in terms of sea level.

Another interesting fact about Geography of earth is that the state of Alaska in all of America is the most Northern, Eastern, and also Western state. It’s also the only state that made it to the “Eastern Hemisphere” snatching the title of being the most eastern lying and western lying state.