After every few days, facing a good explosion either due to mixing of the wrong chemical or not mixing the right amount is what a chemistry student looks forward to. After all it provides respite from the boring hourly lectures on matters such as how a red litmus paper can turn blue and vice-versa. Chemistry likes its brothers, biology and physics, is well known as the cause for the development of interest of many students in the field of commerce, yet it never fails to amaze us. The proof to it here are some amazing and very interesting facts about chemistry laid down underneath.

Watson and Crick, the groundbreakers of the DNA double helix never ran any experiments on themselves, but rather researched into the work of others and deduced the structure.

A person suffering from any form of mental illness can be cured with the help of lithium as it is known to be used for the purpose of changing one’s thinking. I would personally recommend it for the terrorists and changing their outlook.

The first X-ray was an image of a woman’s hand with a ring on it. It was of Bertha Rontgen’s hand. She believed that seeing her bones was a death omen and her time had arrived.

Fresh juice has finally found its competition in the arena of being a healthy drink. People are known to drink radioactive water from a device called the “Revigator.” as it was considered to be a healthy.

Men promise their women the rarest things in return of their love. One such thing is considered to be diamonds. However, men have got to work harder as now diamonds being the rarest gems have been replaced by jadeite which costs about $3 million per carat. Wedding is really mean business. 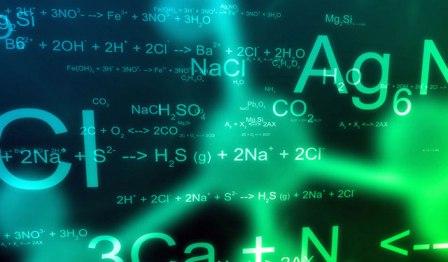 All those teenagers believing themselves to be the rarest on earth have to compete with astatine (used for the treatment of brain tumors and in radiation therapies) as only 28 grams of it is present on the whole wide earth.

The magnificent colors of the dawn are due to the excited oxygen present.

In 1961 a historical event took place when oxygen was replaced by carbon 12 to be used as the atomic weight standard for other elements.

Discrimination takes place everywhere. Be it in life or even in the periodic table where the letter J is the only letter that doesn’t appear.

For everything there is an exception, including metals. One of the very interesting fact about Chemistry is that the metal Gallium (Ga, atomic no. 31) can melt in your hands!