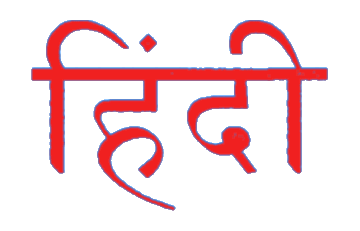 Language is not only a rule-governed system of communication but also a phenomenon that to a large extent structures our thought and defines our communal relationships in terms of both power and equality. Hindi language is becoming more accepted as young people see the economic advantage of being able to communicate with businesses in India. All the Indian states can legislate its own authorized language. Hindi is the chief language spoken by almost forty percent of the Indians and no other language is used by more than ten percent of the Indian population. There are some very interesting facts about Hindi Language that you should know!

Hindi language is the member of Indo-Aryan branch of the Indo-European family of languages. Also Hindi has been written in Devangari script and has been robustly influenced by Sanskrit

Hindi is spoken by four Crore twenty two lac forty eight thousand six forty two ( 422,048,642) speakers as acc to Census of India which include the speakers of its different dialects and variations of speech grouped under Hindi.

#3: SPOKEN OUTSIDE INDIA TOO

#4: THE OFFICIAL LANGUAGE OF THE UNION

Hindi language has relatively free word order. The unmarked word order in this the language is subject-object-verb Other features include:

In Hindi language, you will find many familiar words in English which are in Hindi or of Hindi origin. For instance: guru, jungle, karma, yoga, bungalow, looting, thug, cheetah and avatar. Also on the other hand, Hindi also makes use of plenty of English words. They are examples where certain words are read and pronounced in English, but are written in Hindi

After Maithili becoming a national language (included in the VIII Schedule of the Constitution of India along with 21 other languages), Hindi now has 48 officially accepted dialects.

It is reasonably easy to read and pronounce Hindi. In Hindi, words are written as they are pronounced because every character has a different sound.

#10: CULTURAL PROCESSES AND THE LINGUISTIC RESEMBLANCE