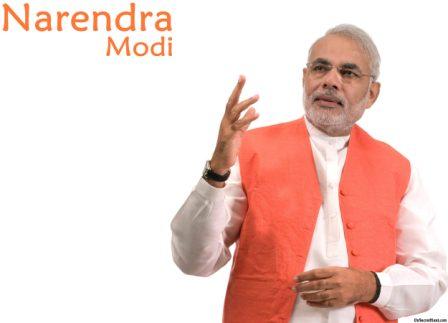 Narendra Damodardas Modi, probably the next Prime Minister of India in making if media polls are to be believed, is someone whom you can either love or hate but can never ignore totally. He was elected as the Chief Minister of Gujarat for 3 consecutive years overcoming all the campaigning that was done against him by the media. As a politician he has to maintain an image but apart from that there are some interesting facts about Narendra Modi which the common masses are unaware of.

10  unknown and interesting facts about Narendra Modi are:

#1: Putting Gujarat in the World Map

Gandhinagar has been termed as the Greenest Capital City in whole Asia. Under his reign as Chief Minister, Surat has become the fastest growing city in the world. Gujarat is now the favorite choice for many business establishments beating many other contemporary states who are still coping with internal problems to support new establishments.

10 years back Gujarat had a huge loan of almost 50,000 crores on itself from the World Bank but now it has deposited 1 lakh crore in the World Bank which proves his credibility as a Chief Minister and how well he is leading the state towards success and overall development.

#3: His Reign as Chief Minister

Gujarat has bagged the award of the 2nd best state in the world by UN in the year 2010. Another important and most relevant feature that Narendra Modi has been able to provide is the security of women in his state. When every state is fighting their own devils within the society Narendra Modi has gifted a safe land for the women in his state by providing strict law and order to safeguard the women making it the 2nd least crime against women among all other states.

Modi loves writing poetry during his leisure time and also has published some of books written by him. He also loves photography and had held one exhibition showcasing his collections of photographs clicked by him.

Narendra Modi is the 2nd most followed Indian leader on Twitter just after Shashi Tharoor. He is very popular with women in his states and that his evident during the rallies where he is followed by women more than men.

He has ordered to demolish many Hindu temples which don’t have proper government sanction and he is also admired by many Muslims of his state. But he is not much loved by the Muslim communities as it is said that he did not do anything to control 2002 Gujarat riot in which many innocent Muslims were killed, the riot took place under his ministry but he never apologized for it.

He is largely influenced by the leadership style of Sardar Vallabhbhai Patel and is a fan and follower of Swami Vivekananda and his principles.

He has a strong hold on each language that he speaks. He can speak in Gujarati that is his mother tongue, Hindi fluently although is not much fluent in English. He is a good orator and this may contribute to the fact that he has taken training for three months in the US on public relations and image management.

As a teenager he ran away to the Himalayas and stayed there for 2 years with the yogic sadhus and studied Hindutva.

He takes the blessing of his mother before starting any new venture.