Born in Canada in 1961, the great actor Michael J. Fox first became renounced for his role as Alex P. Keaton at the popular sitcom show Family Ties, and there was never looking back from that point as he went on to star in such films as Teen Wolf and Back to the Future, and also on the TV series Spin City. In the year 1999, Fox publicly announced that he was battling with Parkinson’s disease because of which he left Spin City in the year 2000 to launch the Michael J. Fox Foundation for Parkinson’s Research and focus on his family. Let us know some very interesting facts about Michael J. Fox that you may not be aware of –

All of us have our pet names given to us by our dear and  near ones, well, so is the case with Michael J Fox who always prefers going by Mike as opposed to Michael.

No one is great; it’s our actions that determine what we are really going to be. Michael J. Fox was born in Edmonton at Alberta in Canada on June 9 in the year 1961. Even though for many that would have been just another ordinary day but who knew that such a great man was born.

Despite how good the looks of the villain are, we tend to still love the hero for his actions and undying love. This is the soft point of every girl, probably that was the reason as to why Michael J Fox has mainly starred in roles as an even tempered easygoing man who is the known nice guy.

Michael J. Fox had to move to Vancouver as a ten year old when his father, who was a former sergeant in the Canadian army, retired and it was there that he first became interested in acting.

The first time that Michael J. Fox starred was on a Canadian TV series called “Leo and Me” at the age of fifteen. He was able to play a ten year old because of his young looks and short stature. 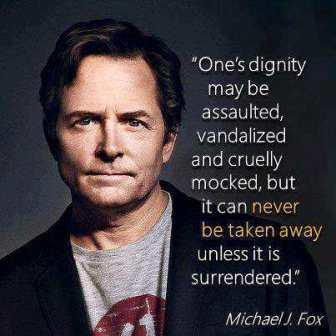 we miss school days because we have experienced them but Michael J. Fox misses them because he never got to attend them as he quit high school prior to his senior year to pursue acting.

When asked to eat the same dish twice in a row, we begin cribbing within seconds but when Michael J. Fox moved to Los Angeles at the age of eighteen, he survive on macaroni and cheese for some time because he was not able to land roles successfully until the year 1982.

He has acted in a series of well loved 1980’s movies including “Back to the Future”, “High School USA,” “Teen Wolf,” and Poison Ivy.”

it was in the year 1991 while filming the famed “Doc Hollywood”, that he noticed that his finger was twitching and he was unable to control it which led to his diagnosis of Parkinson’s disease.

another interesting fact about Michael J. Fox is that, going through what he went through can be so devastating for some that they may never recover from it, but that was never the scenario with him. He came out to the public seven years later, raised awareness for the disease and continued to act in small roles.