Bill Cosby, the great standup comedian was born on July 12 in the year 1937, in Philadelphia at Pennsylvania. He had dropped out of high school to join the U.S. Navy and then later dropped out of college to become a stand-up comedian. I must say that was a very wise decision. Cosby’s first acting assignment was in the espionage series I Spy is what made him the first black actor to star in a dramatic role on network television which till today is regarded as Cosby’s most successful work. The Cosby Show which appeared on NBC from the year 1984 to 1992 was the highest-rated sitcom for five consecutive years. Lets checkout some interesting facts about Bill Cosby that you might not be knowing-

Considering his mind blowing career, everyone is bound to get inquisitive about his early life. So here is the answer, he was brown in Philadelphia in the year 1937 and his stardom kicked off  when he was in a super hit TV series the Cosby Show.

Bill Cosby and his wife, Camille were gifted with five kids and all of their names began with the letter E, for it is used to represent Excellence.

The man Bill Cosby was not only a good actor, but also wonderful musician. The word you are searching for is multitalented. His passion in music came into limelight when he promoted jazz which made him get awarded bit the Berkeley College of Music an Honorary Doctorate of Music. In 1969 his song “Little Old Man” was on top 40 hits. And his comedy albums was awarded Grammy award. Woah! What else can one want?

We often happen to tell the bartender the worries of our lives than the ones because of whim they exist in the first place. Some bartenders happen to pay no heed to it but the ones like Cosby, learn from it and also from their families. How else do you think, that he became such a great comedian?

The Cosby Show is not his first TV show. His long TV career could be seen in 1966 when he starred “Bob Hope Presents the Chrysler Theater” 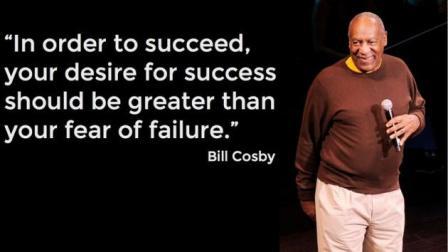 Bill Cosby is known to be the first African American actor who was awarded with an Emmy Award. And no matter how surprising this is but is true that the Emmy was not for the Cosby Show which gave him such wonderful gift, but for his acting skill in “I Spy”

One of his sons was killed in 1997. His name is Ennis Cosby.  The 27-year old man was murdered in San Diego Freeway when he was about to replace flat ties out of his car.

One of the most popular shows that he started is “I spy”. Bill gained won an Emmy Award for 3 years in a row. It was in 1966, 1967 and 1968 in a category of Outstanding Continued performed in a Leading role.

Like every other man Bill loved to listens to radio, always on time for his favorite show, Lights Out. He even confessed that he always did what the guy on the radio told him to do, such as turning off the light when listening to the program.

Another interesting fact about Bill Cosby is that he is known to have taught kids on how to make a teacher stop pushing them to make a confession. All you need to do is talk about your parents first and then she or he will talk about their parent as well. Problem solved!