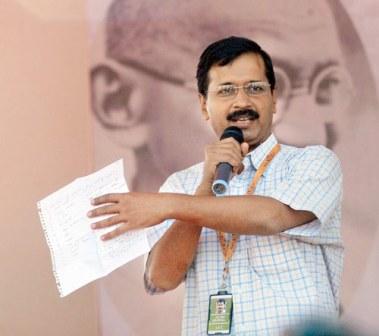 The name Arvind Kejriwal is on everybody’s lips as he is the person responsible along with Anna Hazare for bringing in a huge revolution among common man and making them understand their rights. Corruption which has become a part of our daily life and we witness that in every aspect of our life.

Here presenting some of the interesting facts about Arvind Kejriwal, the man who tried to teach us our rights and how to fight for it –

Arvind Kejriwal was born on 16th August, 1968 in Hisar, Haryana. His father was an engineer so he had his schooling done in most of the small northern Indian towns like Mathura, Sonepat and Hisar. He is married to Sunita who is a former colleague in IRS. They stay in Ghaziabad with their two kids. He is a vegetarian by choice and has been practicing Vipassana for many years now.

He had his schooling done from Campus School and went on to get the degree of mechanical engineering from one of the best and topmost institute that is IIT Kharagpur.

After completing his education he joined the TATA Steels and worked there for a long time after which he appeared for the Civil Service Examination. After appearing in the exam and till the time the result was out he had some time in his hand so he went to Kolkata to work with Mother Teresa and then with Ramakrishna Mission and Nehru Yuva Kendra. He got selected in IRS through the civil service exam and from there he resigned as a Joint Commissioner in the Income Tax Department in 2006.

Another unknown & interesting fact about Arvind Kejriwal is that he along with few other people was the founder of a movement of Parivartan (which means change) where he used to help people with their income tax problem and through this movement 800 cases were resolved effectively in 18 months. He soon realized that people are getting dependent on them to get their work done as the common man had no right so he brought in to light the Right to Information Act. With the help of this act the corrupted people can be pointed out but there was no law to convict them. This made him start his fight against corruption and get a new law so that the corrupted people can be punished.

Anna Hazare was at the lead of this movement but the brain behind this was of Arvind Kejriwal. The Lokpal bill was drafted by him along with Kiran Bedi and some other personalities. The movement gained momentum when Anna Hazare started his fast at Jantar Mantar. But no result came out, Indian government directly challenged team Anna to come to the parliament and pass Lokapal bill. This was the main reason why Arvind Kejriwal and many other team members made their party (Aam Aadmi Party).  Anna Hazare refused to join the party as he thinks that politics is a dirty pond full of dirty people.

Fight against corruption was his motto and to get things done he also had to go for fast for 12 days. Though the bill was passed in the Lok Sabha but it got rejected in the Rajya Sabha so they again sat for fast which continued for more than 10 days. He was requested to form a political party by eminent personalities of the country and after several discussions to support the Lokpal bill he formed a political party which is called the Aam Admi Party. 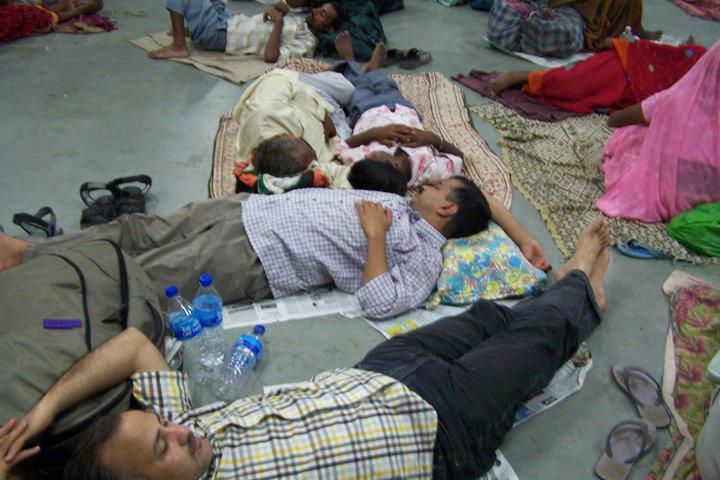 His party will have no high command and the ideology of his party is Swaraj. In his party women and youth will play an important role.

He had taken to twitter to make the people aware of the works that they are doing and what ideology they believed in.

He donated the prize money that he received from the Ramon Magsaysay award to a NGO.

#10: Against “Laal batti ki gaadiyaan” and government accommodation, security and other facilities to MP’s

He is strictly against the system where the MP is given so many facilities like too much security, large accommodation, lal batti or red beacons which block so much traffic, sometimes even ambulance! He also said that his party member will never use any facility if elected. 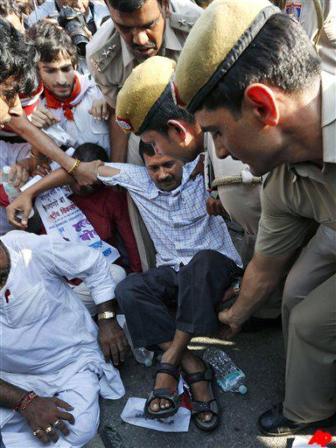 Although Anna is a very good socialist but I’m strictly against the thinking of Anna Hazare, because we are the ones who can clean this system by entering into politics or by supporting a well educated and honest person like Arvind Kejriwal. If anyone sits at home or in college and says “Yaar India ka kuch nahi ho sakta, sab neta chor hain”, then he/she is absolutely wrong… India will change because we have people like Arvind Kejriwal who has the true spirit to change the current scenario of CORRUPT INDIA!

And why don’t you do something rather than blaming others! Change the politicians, support good people, come out and Vote!

I’ve a question for all the readers… kindly comment your answers below in the comments section.

(i)     What Team Anna/Indians got from doing Anshan so many times?

(ii)   Will BJP/Congress ever pass Jan Lokapal bill? Why would a corrupt politician, sitting in parliament will vote for Lokpal bill which will through that politician into jail?

(iii)   Do you think Arvind Kewjriwal choose the wrong way to fight against corruption? If yes, which other path he should have chosen?

Do you know any other interesting facts about Arvind Kejriwal? Drop your comment below in the comment box